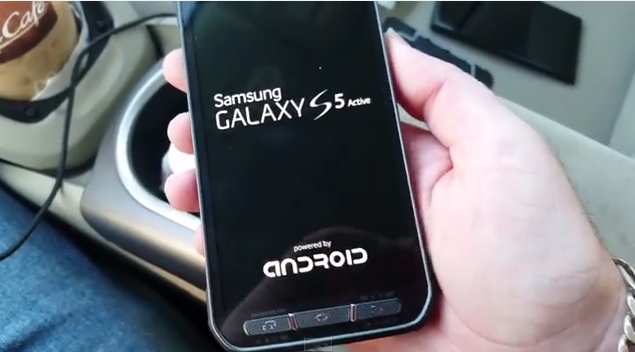 Samsung has been famous for launching its Galaxy flagship smartphones in avatars or variants. Following the tradition, the South Korean manufacturer seems all set to launch the Galaxy S5's ruggedized version, thought to be called the Galaxy S5 Active, if a couple of new video of the phone that surfaced online is to be believed.

Some of alleged Galaxy S5 Active specifications listed in the benchmark results visible in the second video include a Snapdragon 801 processor; full-HD display; 2GB of RAM and Android 4.4.2 KitKat onboard.

Apart from the Galaxy S5 Active, other variants of Samsung's current flagship smartphone have been expected ever since the company unveiled the original at MWC. Apart from a mini-variant, a camera phone-variant (Galaxy K zoom, now official), and a lite-variant, Samsung is also expected to be making a premium-variant, thought to be called the Galaxy S5 Prime.