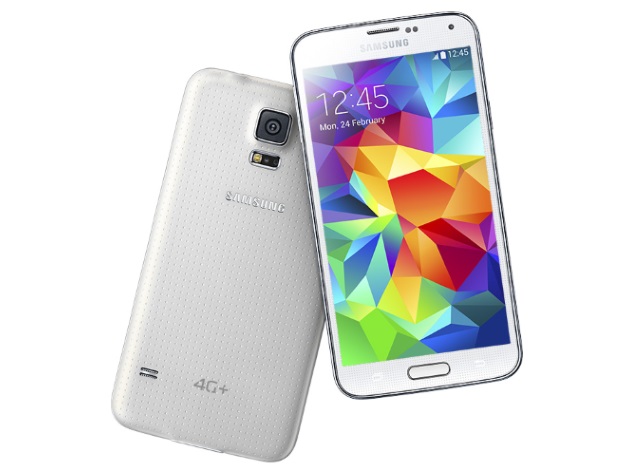 The South Korean giant announced that the new Samsung Galaxy S5 4G+ will be available starting Saturday [August 23] on SingTel, a telecom operator in Singapore. The smartphone will be available in the price range between SGD 0 to SGD 688 (Rs. 33,000 approximately), depending on the plan.

According to Sammy Hub, the Galaxy S5 4G+ will mark the launch of SingTel's new commercial 300Mbps 4G LTE-Advanced service that is also being unveiled on Saturday in the country. The new smartphone will support SingTel's new LTE-A band, and the connectivity feature is also a highlight of the device.

Rest of the specifications of the Galaxy S5 4G+ remain identical to the original Galaxy S5 (Review | Pictures), that including the 16-megapixel rear camera; 2-megapixel front camera, and 2800mAh battery. It also runs Android 4.4.4 KitKat out-of-the-box with the company's skin on top. It comes with 16GB inbuilt storage, which is further expandable via microSD card (up to 128GB).

The Samsung Galaxy S5 4G+ sports other features from the 2014 flagship, such as fingerprint and heart rate sensors; NFC; USB 3.0 and an IR sensor blaster. The smartphone is again water and dust resistant with IP67 certification. It also comes preloaded with features such as Ultra Power Saving Mode, Kids Mode, S Health, and Private Mode.

The new Galaxy S5 4G+ will be available in Charcoal Black, Copper Gold, Electric Blue, and Shimmer White. The report also claimed that a 4G LTE-A variant of the recently launched Galaxy Alpha will also be launched on SingTel.

Recently, the South Korean giant launched the 4G LTE-variant of the Galaxy S5 smartphone in India, called the Galaxy S5-LTE, priced at Rs. 53,500.