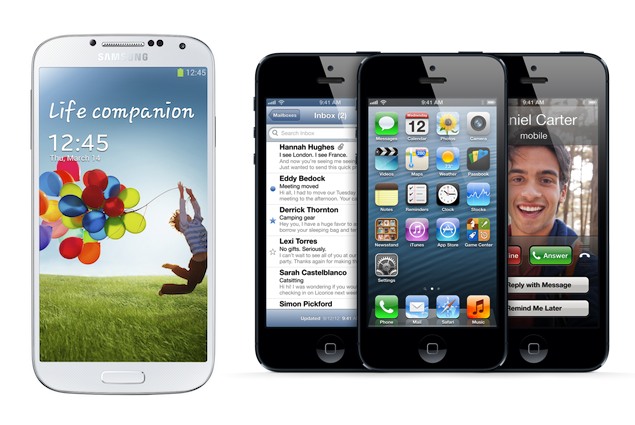 The Samsung launch party seems incomplete without Apple bashing ads and it came as a bit of a surprise that Samsung had not launched any such combative television commercials for Samsung Galaxy S4. Until now.

The Korean smartphone maker has launched a new television commercial that talks about the new features in the Galaxy S4 and mocks Apple iPhone 5. The ad even goes on to state some smartphones (read Galaxy S4) are smarter than others (iPhone 5).

The ad begins with a graduation party taking place and people seem to be enjoying food and jumping into the pool - kids being kids. In the party, the students are shown using the Samsung Galaxy S4, while their parents and teachers (the older lot) are shown using the iPhone.

The television unfolds to demonstrate the Air Gesture feature as the person eating a juicy piece of ribs is able to answer the call by merely waving at the device. Also the pictures clicked at the graduation party are shared between devices using the S Bean functionality of the Samsung Galaxy S4. It further goes on to how the Samsung Galaxy S4 can control an HDTV and recommend TV shows to you.

Samsung has also released a 30 second video that continues with the graduation theme to showcase the eraser shot feature of Samsung Galaxy S4. In this short television commercial, Samsung does not make fun of Apple's iPhone.

However, the current Samsung Galaxy S4 is not as quirky and quick-paced as the Microsoft one.