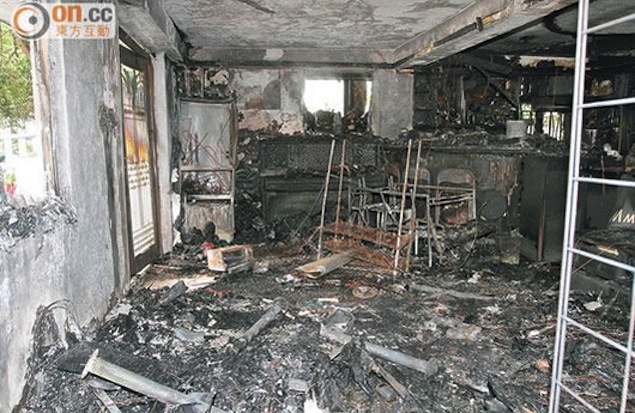 A couple in Hong Kong suffered minor injuries after a Samsung Galaxy S4 smartphone allegedly burst into flames and set a house on fire.

Chinese website Xianguo.com reports that a man named Du was playing a game on his Galaxy S4 when it exploded into flames, causing him to throw his phone, which landed on his couch, after which the device exploded and eventually the fire spread to the entire house.

The report further suggests that the man was using a genuine Samsung Galaxy S4 smartphone and other accessories like charger and battery. The man also claims that the fire spread to his car as well.

Samsung Hong Kong has announced that it will be looking into the matter, and a chemical analysis of the charred remains should establish if it really came from a Samsung factory, as per the report.

Recently, Apple was in news as two similar incidents surfaced that claimed one life and injured another person. Ma Ailun, a 23-year-old woman from China's western Xinjiang region was electrocuted when she answered a call while her iPhone was getting charged. However, later it was reported that the woman may have been using a 'fake' charger.

Technology experts in China had then issued a warning about 'fake' chargers that are apparently rampant in use across the country. "Knockoff chargers sometimes cut corners," Xiang Ligang, a telecommunications expert reportedly told Chinese television. "The quality of the capacitor and circuit protector may not be good, and this may lead to the capacitor breaking down and sending 220 volts of electricity directly into the cell phone battery."

In another case, a 20-year-old Australian woman was hospitalised in Sydney after she got a shock from her iPhone.