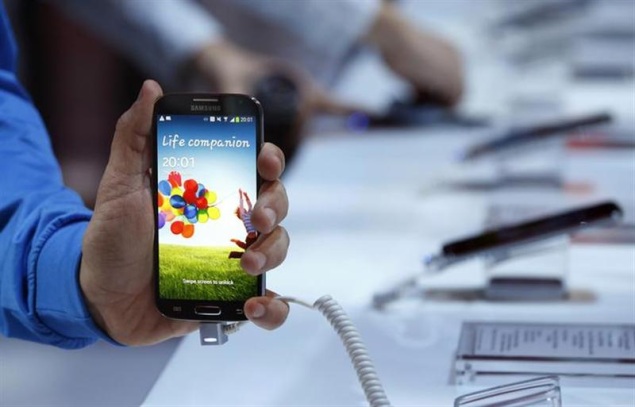 Samsung Electronics Co said sales of the latest version of its flagship Galaxy S smartphone have reached 10 million since its launch in late April, making the model its fastest selling smartphone.

The S4, the South Korean firm's challenge to Apple Inc's iPhone, is already selling in 60 countries and Samsung plans to expand sales to 327 carriers in 155 countries by next month, the world's biggest smartphone maker said on Thursday.

Solid sales have come even as supply issues have snarled the U.S. rollout through some carriers.

Analysts expect strong sales of the fourth version of the Galaxy, which has propelled Samsung to the top of the $225 billion smartphone market since its debut in 2010, will help the firm report record earnings in the current quarter.

Despite mixed reviews of the S4 by gadget experts, Samsung is benefiting from heavy marketing as it bids to gain market share in the absence of new competing models from Apple.

Samsung won a record 33 percent of the smartphone market in the first quarter, and JP Morgan analysts expect its operating profit to top Apple's this quarter for the first time in years.