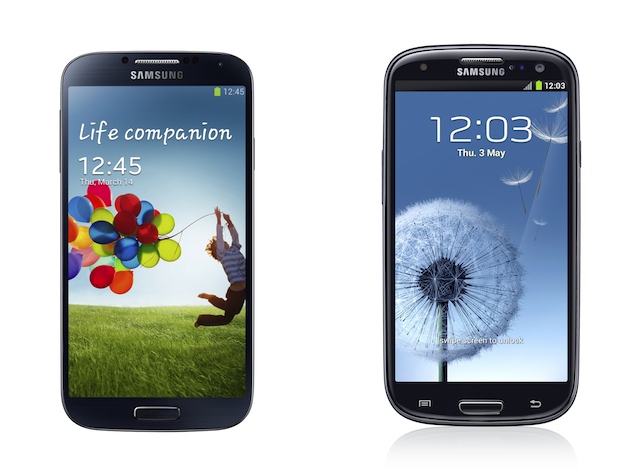 It appears that the Samsung Galaxy S4 and Samsung Galaxy S III, the company's current and previous generation flagship phones are all set to receive the Android 4.3 software update.

Samsung's Galaxy Gear smart watch, which was launched on Wednesday by the Korean giant at IFA in Berlin, is currently compatible with the Samsung Galaxy Note III smartphone and the Galaxy Note 10.1 (2014) tablet. However, the company mentioned during the announcement that the compatibility would be extended to the Galaxy S4 and the Galaxy S III with a software update that would be seeded to consumers in October. The update will up the current version of Android on both the devices to Android 4.3 as it's the only version of Android that supports Bluetooth Smart.

It's worth pointing out that the Samsung Galaxy S4 comes with Android 4.2, the previous version of Android, while the Galaxy S III is still stuck on Android 4.1, lacking features like lock-screen widgets, Daydream and wireless screen mirroring which were introduced with Android 4.2.

Android 4.3 includes features such as restricted profiles for limiting access to apps and content for different users of a device, dial-pad autocomplete, enhanced access to notifications, and a new camera app, among other user facing features. However, it brings many major changes, under the hood, including Open GL ES 3.0 high quality graphics in games and other apps and making Android devices Bluetooth Smart ready enabling support for low-energy Bluetooth Smart accessories like smart watches, heart rate monitors, pedometers, thermometers and many others.