Samsung Galaxy S21+ design has been leaked by a tipster on twitter. The Galaxy S21 series has been subject to its fair share of leaks and speculations in the past few months. The camera housing module of Samsung Galaxy S21 also surfaced separately, falling in line with previously leaked renders of the same. While the South Korean tech giant hasn't officially confirmed the new lineup yet, it is expected to comprise of the Samsung Galaxy S21, Samsung Galaxy S21+, and Samsung Galaxy S21 Ultra. Samsung is also reportedly planning to kick off production for Galaxy S21 flagship in December, with a launch expected as early as January next year.

Tipster Ice universe tweeted renders of Samsung Galaxy S21+. Marked by slim bezels all around, the smartphone is seen sporting a hole-punch cutout placed at the top centre of the display. The volume rockers and power button can also be seen on the right edge.

While the render from Ice universe shows the phone from the front, MySmartPrice shared a RAW CAD render of the Galaxy S21+, showing the phone's designs from all sides. The smartphone is expected to come with a flat 6.7-inch display and measure 161.5×75.6×7.85mm. Going by the design, it looks very similar to the vanilla Galaxy S21. 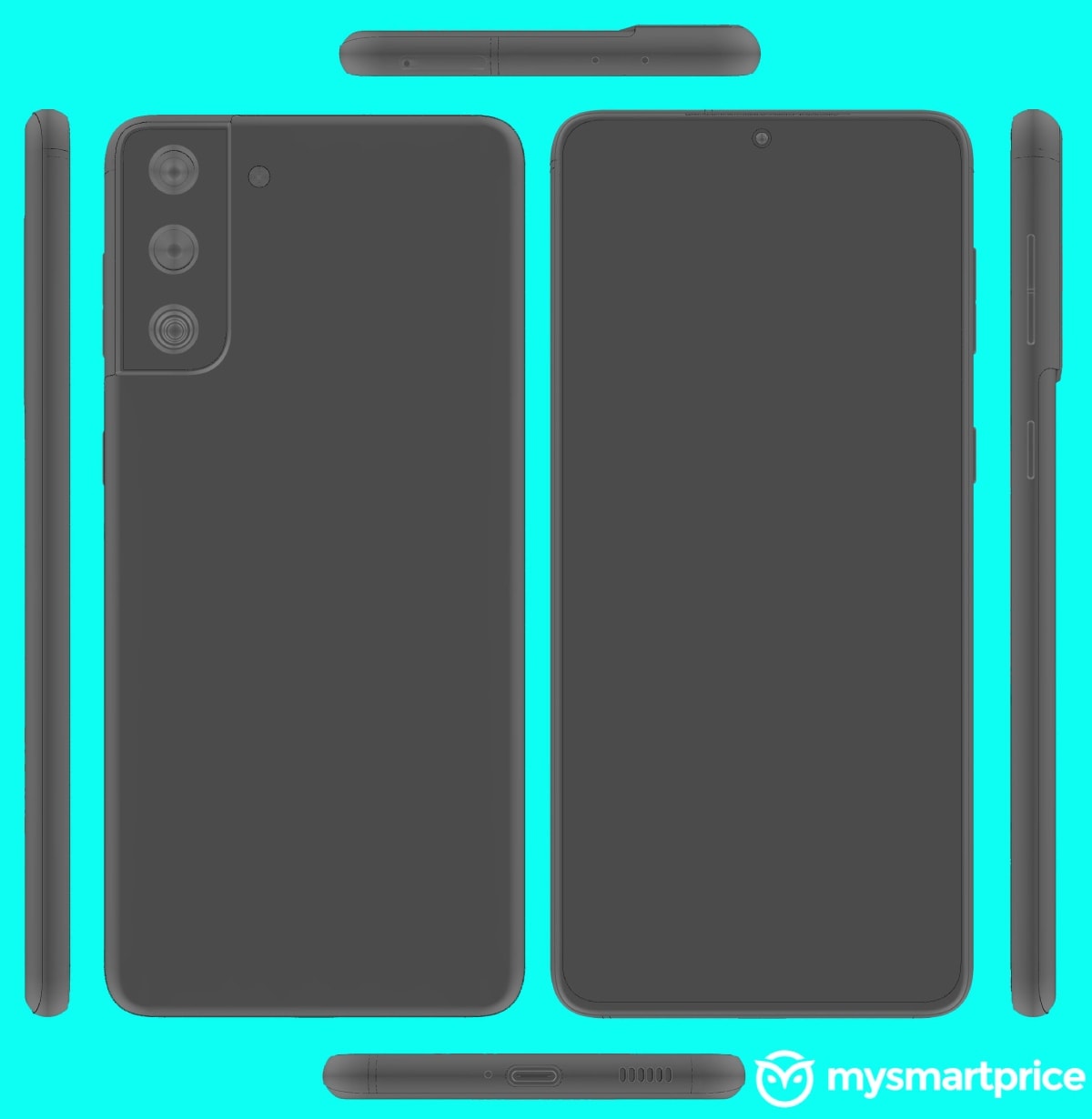 Galaxy S21 Plus as seen in the RAW CAD render
Photo Credit: MySmartPrice

In another leak, tipster Camie Ngo shared an image of the rear camera module of Samsung Galaxy S21 on Twitter. The module shows a triple camera setup and it wraps around the corner. This falls in line with previously leaked renders of the smartphone that shows a similar triple rear camera setup and a unique wrap-around design. Unlike most other phones, the flash is placed outside the module and not within it, as per the render. The Galaxy S21 is expected to feature a 6.2-inch flat display, marked by slim bezels all around.

Samsung Galaxy S21 Ultra, whose renders were leaked alongside the vanilla Galaxy S21, is expected to come with a slightly curved display. The screen could measure between 6.7 and 6.9 inches. It is expected to come with support for S Pen, however, there may not be any slot within the phone to house Samsung's signature stylus. Samsung is reportedly planning to launch its next-generation flagship series as early as January 2021. Production is expected to kick off from December this year.

Further reading: Samsung Galaxy S21, Samsung Galaxy S21 Ultra, Samsung
Shayak Majumder Email Shayak Majumder
Shayak Majumder is Chief Sub Editor at Gadgets 360. A journalist since 2013, he has worked both on the field as well as behind the desk in several organisations including Indian Express Online and MSN. As a reporter, he covered a wide range of verticals, from politics to the development sector. While at Indian Express, he regularly reviewed video games, gaming hardware and the growth of MMORPG in India. He is also a passionate musician and a former trainer, currently working on his upcoming EP. ...More
Nvidia Deal for Arm Will Drive Computing Power Growth: SoftBank CEO