Samsung Galaxy S20 Ultra is touted to have made as many as 12 records, as per the benchmarks run by DisplayMate. 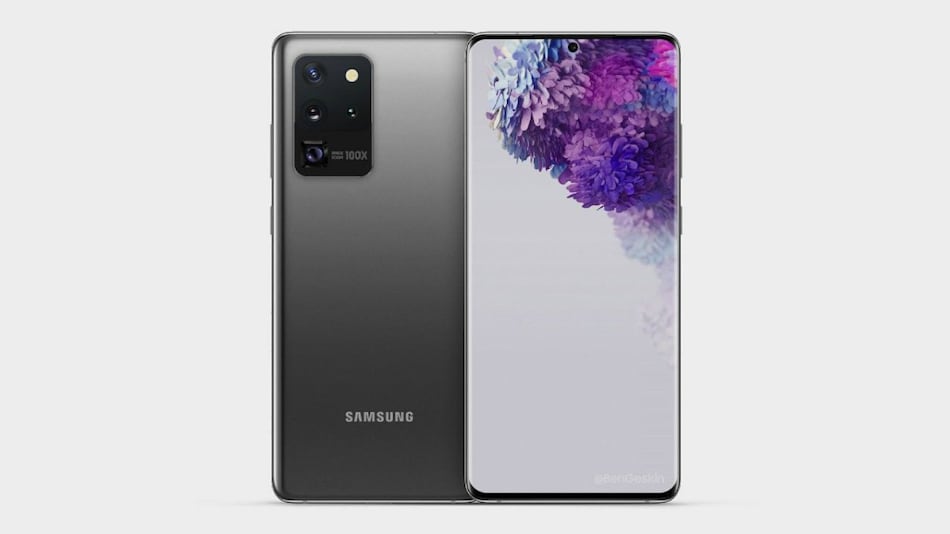 Samsung Galaxy S20 Ultra display has received an A+ grade on DisplayMate's benchmarks. The display-testing firm has claimed that the display panel of the flagship model is “visually indistinguishable from perfect.” The Galaxy S20 Ultra features a Dynamic AMOLED 2X that has an Infinity-O Display design and comes with 120Hz refresh rate. Samsung has also provided 510ppi of pixel density and a Quad-HD+ (1440x3200 pixels) resolution. The DisplayMate team has noted that the Galaxy S20 Ultra has received the “Best Smartphone Display Award” after passing its proprietary lab tests and measurements.

As per the detailed coverage by DisplayMate, the Dynamic AMOLED 2X display of the Samsung Galaxy S20 Ultra is found to have made as many as 12 records -- with “highest” absolute colour accuracy, image contrast accuracy, full screen brightness, peak display brightness, and contrast ratio among other parameters. The firm claims that the phone has close to “text book perfect calibration accuracy and performance.” This is notably in line with what DisplayMate noted at the time of covering the Pixel 4 XL and Samsung Galaxy Note 10+ in the recent past.

In addition to vivid colour production and high-end brightness results, the Galaxy S20 Ultra is found to have received a very low score on the reflection scale. The phone got a record score of 5.4 percent for mirror reflections, which is noted as very good by DisplayMate.

The DisplayMate team has given the A+ rating to the Galaxy S20 Ultra, thanks to its top-notch display. But it is important to note that the latest Samsung flagship isn't the only phone to have received the top-end score by the firm. In the past, the A+ grade has been given to models including the Samsung Galaxy Note 10+, Galaxy S10, and the Google Pixel 3 XL.

Particularly in comparison with the Galaxy S10, the firm mentions that the Galaxy S20 Ultra has the same relative display power efficiency that was available on last year's flagship. However, the new model does have a 23 percent larger screen area, higher refresh rate, and better outdoor visibility.