Samsung Galaxy S20 Tactical Edition Is a Smartphone Made for Military: Specifications

The new Samsung phone will not be sold to regular consumers. 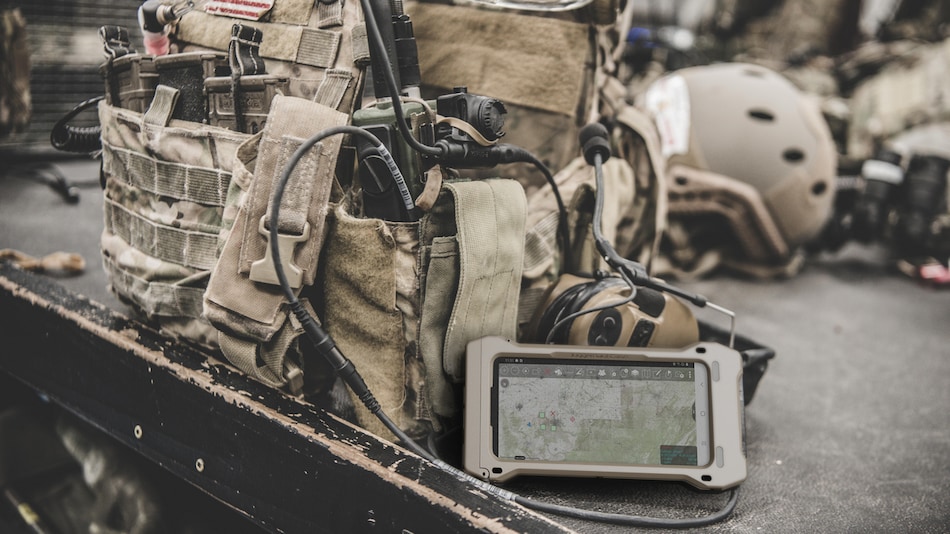 Samsung Galaxy S20 Tactical Edition is official. It is a military-focused smartphone, designed to cater to the needs of operators in the US federal government and Department of Defense. Samsung has said that it is a “mission-ready ” phone that “supports the requirements of tactical and classified applications”. The smartphone will help operators move in tough terrain, cover long distances, and even during loss of communication. While the smartphone has been built for the military, it's very similar to the regular Galaxy S20. The differences include some additional software, security features, and a rugged case.

Features on the Samsung Galaxy S20 Tactical Edition include the ability to connect to tactical radios and mission systems, night-vision mode that allows users to turn the display on or off when wearing night-vision eyewear, and option to unlock the smartphone in landscape mode. The phone has also got stealth mode that enables operators to disable LTE and mute all RF broadcasting for “complete off-grid communications”.

“Galaxy S20 TE also includes powerful Samsung DeX software, which offers a PC-like experience when connected to a monitor, keyboard, and mouse. With DeX, operators can use the device for completing reports, training or mission planning when in vehicle or back at the base,” the company said in a statement.

Additionally, Samsung said that the phone is built on Samsung Knox, it uses DualDAR architecture to secures the device through dual-layered encryption. It works even when the device is in a switched-off or in an unauthenticated state.

Apart from these abilities, it is very much the same Samsung Galaxy S20 with a 6.2-inch OLED display, Qualcomm Snapdragon 865 SoC, 128GB of onboard storage, and triple rear cameras. Notably, the Tactical Edition will only be released in one storage variant with 12GB of RAM. Also, there will only be one colour option – Cosmic Gray.

The smartphone won't be sold to the general public and will only be available through select IT channel partners. There is no word on the pricing or release outside the US right now.