Samsung Germany site listing confirms that the next-gen Galaxy S series will be branded as the Galaxy S20 series. 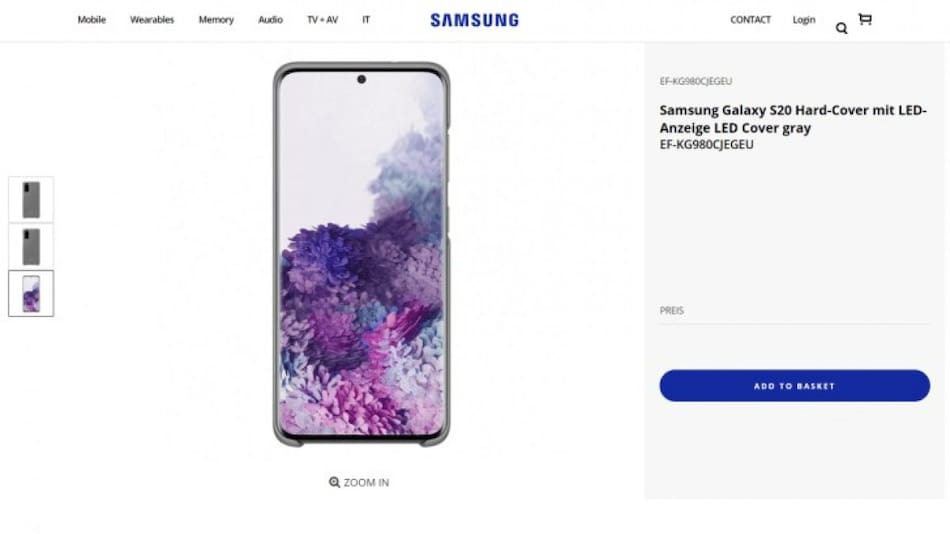 WinFuture took screenshots of the Galaxy S20 LED case brief listing on the company's German site. The LED case listing shows the phone from the front and back, and also pretty much confirms that the next-gen flagships will be called the Galaxy S20 series, aligning with the release year. The screenshots show that the Galaxy S20 will sport an Infinity-O Display with the cutout placed in the top centre. There are very slim bezels on the top and bottom of the screen, and curved edges on the sides. The phone is also seen to have a triple rear camera setup inside a rectangular shaped module, corroborating previous reports.

While the launch event is set for February 11, the sale date has been reported to be March 6. This time around, the company is looking to launch three phones – the vanilla Galaxy S20, the Galaxy S20+, and the most premium Galaxy S20 Ultra. The Galaxy S20 Ultra is reported to sport a quad camera setup at the back with 100x digital zoom and 10x optical zoom.