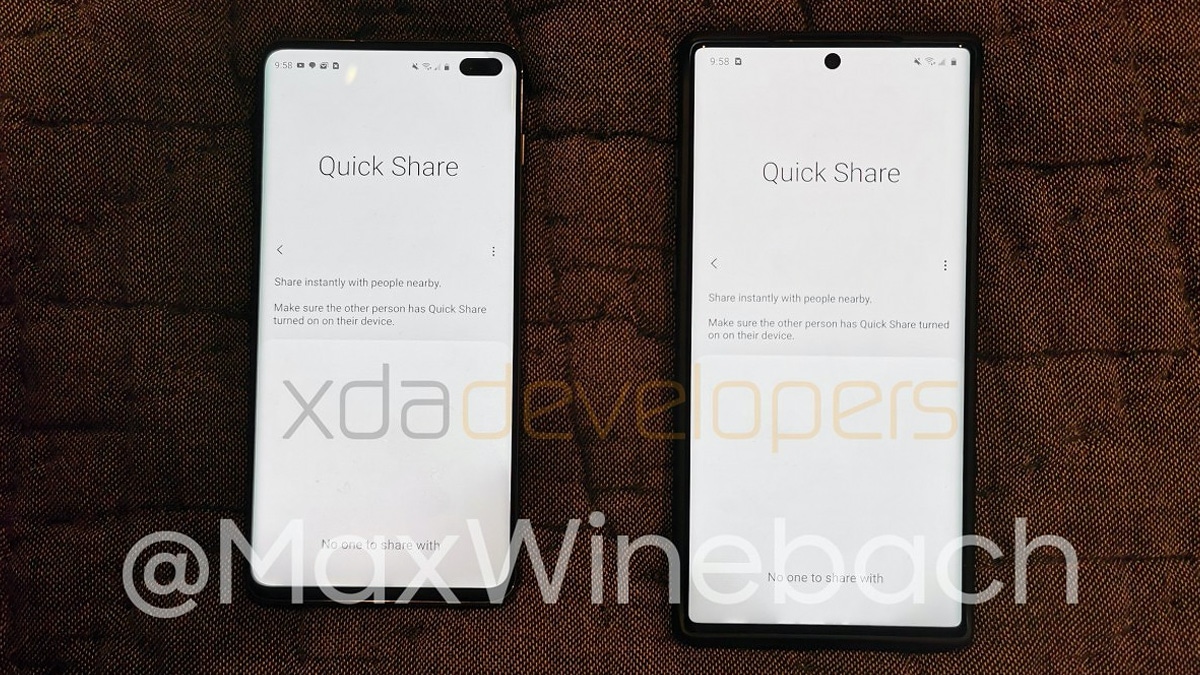 While the hardware rumours and leaks for the Galaxy S20 series are heating up, we're also starting see some of the new software ricks Samsung has in store for us. The good folks at XDA Developers have managed to get their hands on an APK for a new OneUI feature called Quick Share, which looks like Samsung's take on Apple's AirDrop. Quick Share is said to allow two Galaxy devices to quickly share files to each other, but it will also support transfer of files to Samsung's SmartThings devices, with the help of Samsung Cloud. The APK wasn't functional on the current crop of Galaxy phones it was tested on, understandably, since it's meant to work on the Galaxy S20 series, which would probably run a newer version of OneUI.

Max Weinbach of XDA Developers, who recently leaked the prices of the Galaxy S20 series, detailed his findings in a post on XDA's website. The APK was apparently extracted from his source, who had access to a Galaxy S20+ 5G phone. He also mentions that this app is not present on any existing version of OneUI, which clearly means it will be part of the next version of the software.

In the screenshots posted by Weinbach, Quick Share would have some basic settings where you'll be able to choose who you want to use this feature with — either people only in your contacts or everyone — similar to Apple's AirDrop. To use Quick Share, you simply hit the share button on any file and you should see others Quick Share users in that menu, once again, similar to Apple's implementation.

However, Samsung seems to have taken it a step further as some screenshots reveal the ability to transfer files to Samsung's SmartThings devices too, through Samsung Cloud. This means, you'll be able to transfer files to a Samsung TV or fridge if needed. Files can be sent up to 1GB in size at a time a maximum of 2GB per day.

Samsung's focus on simplifying file transfer between its phones is not really surprising. One of the reasons for Apple's success of the iPhone and the rest of its products, is the tight integration of all its software and services, like AirDrop, which is what makes people stick around the ecosystem. Other than Samsung, Google's Fast Share feature which was supposed to ship with Android 10 has now ben rebranded to Nearby Sharing and is expected to release soon. Meanwhile, Oppo, Vivo and Xiaomi recently formed an alliance for a cross-platform file transfer.