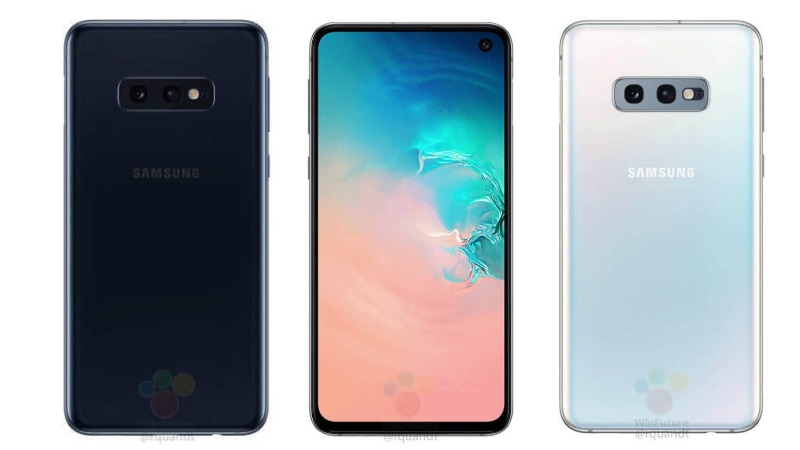 Samsung Galaxy S10 series is set to launch on February 20

German website WinFuture has shared fresh purported renders of the Samsung Galaxy S10 cheapest variant, and it is calling it Samsung Galaxy S10E. The renders show the device from all angles, revealing its Infinity-O Display panel up front that is almost all-screen, except for the punch-hole selfie camera on the top right edge. At the back, there is a dual camera setup aligned horizontally with the flash sitting on the right-most edge. The Bixby and volume buttons are housed on the left edge, and a side-mounted fingerprint scanner is seen placed on the right edge of the phone.

The report also states that this variant will likely sport a headphone jack, and come in only one 6GB RAM and 128GB storage option. The Samsung Galaxy S10 cheapest variant will also reportedly feature a 3,100mAh battery, and will be offered in Canary Yellow, Prism Black, Prism Green, and Pearl White colour options. A Blue colour option should launch later, and the report indicates that the smartphone could be priced at EUR 750 (roughly Rs. 61,200).