Samsung Galaxy S10 is so far rumoured to come in three different variants. While all three variants of new Galaxy series flagship are likely to have distinct specifications, it is now reported that the entire family will commonly sport a wireless charging feature. This is likely to work how Huawei recently brought a reverse wireless charging technology through the Mate 20 Pro. Colour variants of the Galaxy S10 Lite has also been leaked. Separately, the rumour mill has added the SM-G977 that is speculated as the 10th-anniversary model in the Galaxy S10 family that could support 5G connectivity. An image purportedly showing the protective film of the Galaxy S10 has surfaced online with a punch hole. This points to the presence of an Infinity-O Display panel on the new flagship. However, another report shows a glimpse of some glass protectors, which could be related to the Galaxy S10, with no hole.

Among other developments, SamMobile, corroborating a previous report from Gizmodo UK, claims that all the three variants of the Galaxy S10 will come with reverse wireless charging support. This will be called "Powershare" and is rumoured to work just as the reserve wireless charging works on the Huawei Mate 20 Pro. This means the new technology will enable the new Samsung models to wireless charge supported devices.

It is unclear that how much wattage Samsung will provide on its Galaxy S10 models to make the reverse wireless charging technology usability a reality. Also, the battery capacities of the Galaxy S10 models are yet to be revealed. It is difficult to presume the success rate of the new addition.

Some of the reported colour options in the Galaxy S10 family could come with gradient paint jobs. Samsung has offered similar treatments on its Galaxy A series in the recent past.

In separate news, the 5G-enabled fourth variant in the Galaxy S10 range has now hit the rumour mill with SM-G977 model number. The Netherlands-based GalaxyClub.nl has reported that the top-of-the-line model will have SM-G977U in the US and SM-G977N in South Korea. However, the European variant of the 5G handset with model number SM-G977F is yet to be confirmed.

Samsung at its annual developer conference last month showcased its new display design options that included the Infinity-O Display panels. These panels are likely to be part of some Galaxy S10 models and have a dedicated hole specifically for the selfie camera. Ahead of any official confirmation, the tipster who tweets using pseudonym Ice Universe has posted an image of a protective film purportedly of the Galaxy S10 that features a display hole. 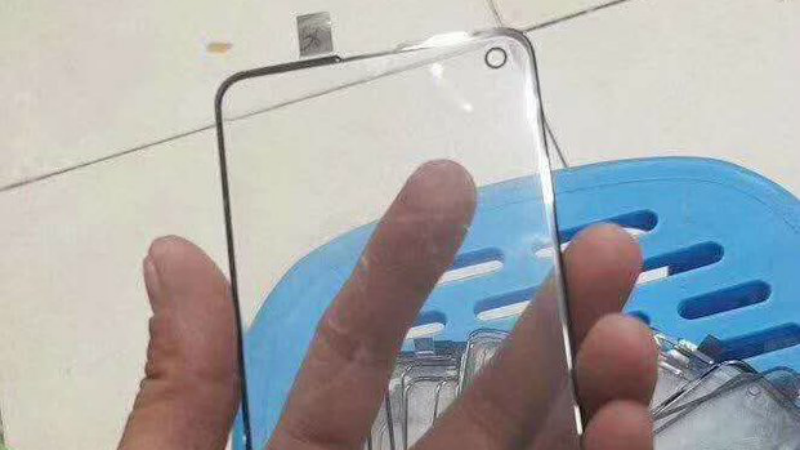 Tipster Ice Universe in a separate tweet shows various purported protective films for the three Galaxy S10 models with no hole. This doesn't mean that the company won't provide a selfie camera hole on the new flagships. The films apparently don't have a separate cutout for the camera. 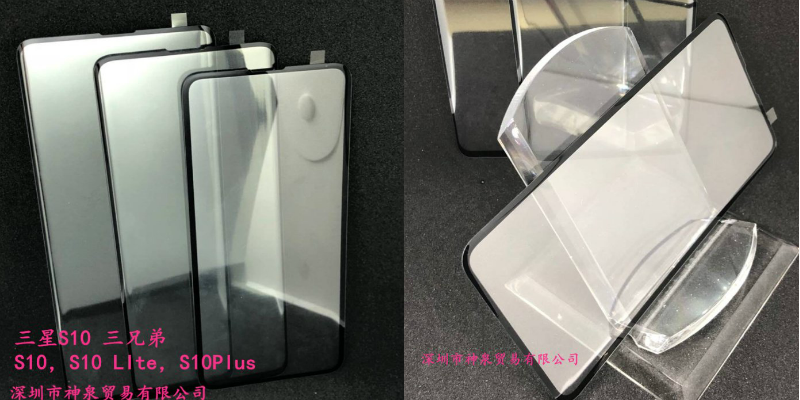 However, if we take a closer look at the images, the bezels on the Galaxy S10+ and the regular Galaxy S10 are likely to be not symmetrical with a slightly wider chin than the other three sides. The Galaxy S10 Lite distinctly appears to have symmetrical bezels on all its four sides and a thin chin.

Samsung is speculated to launch the Galaxy S10 at a dedicated Unpacked event just before Mobile World Congress (MWC) 2019 in February. However, the flagship is rumoured to be only available for pre-orders following their launch and will go on sale starting March 8. The new series of Galaxy S10 models is said to come with a starting price of GBP 669 (roughly Rs. 60,400) in the UK.