Tipster Ice Universe has released a concept render of the Galaxy S10 Lite based on leaks, and it shows only the front portion of the device. The smartphone is seen sporting an Infinity-O type display with little-to-no bezels on any side of the screen. The volume rockers are situated on the left edge of the device, the USB Type-C port sits on the bottom edge, alongside the speaker grille and the 3.5mm audio jack.

As mentioned, the Samsung Galaxy S10 Lite is expected to be cheapest of the lot, and said to sport a 5.8-inch display, a triple camera setup at the back, and a side-mounted fingerprint scanner.

Separately, the tipster has also leaked renders and case of the Samsung Galaxy S10 and it shows the back camera setup of the smartphone. The three cameras are seen aligned horizontally at the back, with the flash sitting at the end. There is no sight of the fingerprint scanner at the back, and the premium variants are set to sport an in-display fingerprint scanner. The Infinity-O Display was first unveiled alongside the Infinity-U and Infinity-V designs back at SDC in November. 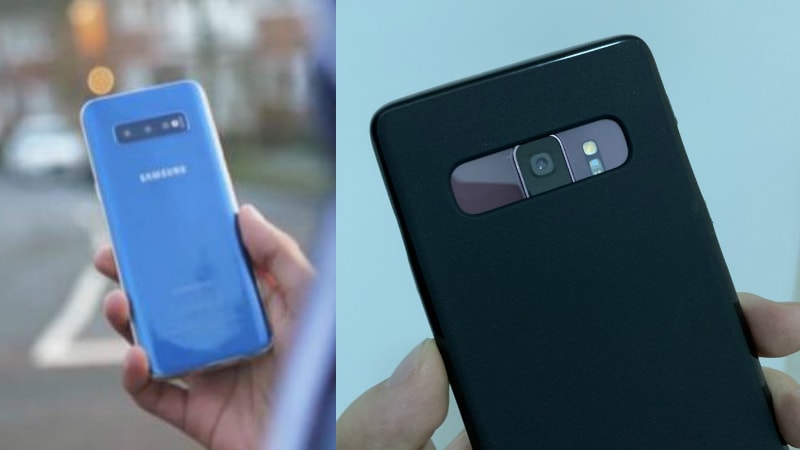 Apart from the regular models, Samsung is currently in the news for developing a 10th-anniversary Galaxy S10 model that is codenamed "Beyond X" and is speculated to have 5G support as well as a total of six cameras. The new Galaxy S10 series is expected to arrive early next year.

Further reading: Samsung Galaxy S10, Samsung Galaxy S10 Lite, Samsung
Tasneem Akolawala Email Tasneem
Tasneem Akolawala is a Senior Reporter for Gadgets 360. Her reporting expertise encompasses smartphones, wearables, apps, social media, and the overall tech industry. She reports out of Mumbai, and also writes about the ups and downs in the Indian telecom sector. Tasneem can be reached on Twitter at @MuteRiot, and leads, tips, and releases can be sent to tasneema@ndtv.com. More
Fake-Porn Opponents Are Fighting Back With AI Itself
Samsung Working on Smaller Bixby-Powered Smart Speaker: Report