The Samsung Galaxy S10 series was launched in March this year

The Samsung Galaxy S10 series was launched in March this year, and sees a massive design change from previous devices in the South Korean company's flagship lineup. With three phones at various price points launched this year, Samsung has seen some success for its lineup. The company has been regularly updating the software for the phones as well, and the latest update brings a small but useful feature that users of the smartphones will appreciate - vibration feedback for navigation gestures. The update is said to be rolling out now for the Samsung Galaxy S10+, Galaxy S10, and Galaxy S10e.

This specific feature now causes the phone to vibrate when the full-screen navigation gestures are enabled, which was not available previously. The vibration is useful, as it helps people use the gestures correctly and without any errors. The function only works if you have touch vibration activated, which can be done by heading to Settings > System sounds and vibration > Touch vibration. The feature is rolling out to Samsung Galaxy S10, Galaxy S10+, and Galaxy S10e smartphones, SamMobile notes.

This now applies to both the regular navigation bar with the classic-style buttons, as well as the newer gesture controls that are popular on large-screen devices such as the Samsung Galaxy S10 series. We tried out the new feature on a Samsung Galaxy S10+ (Review), and the vibration function worked as expected. 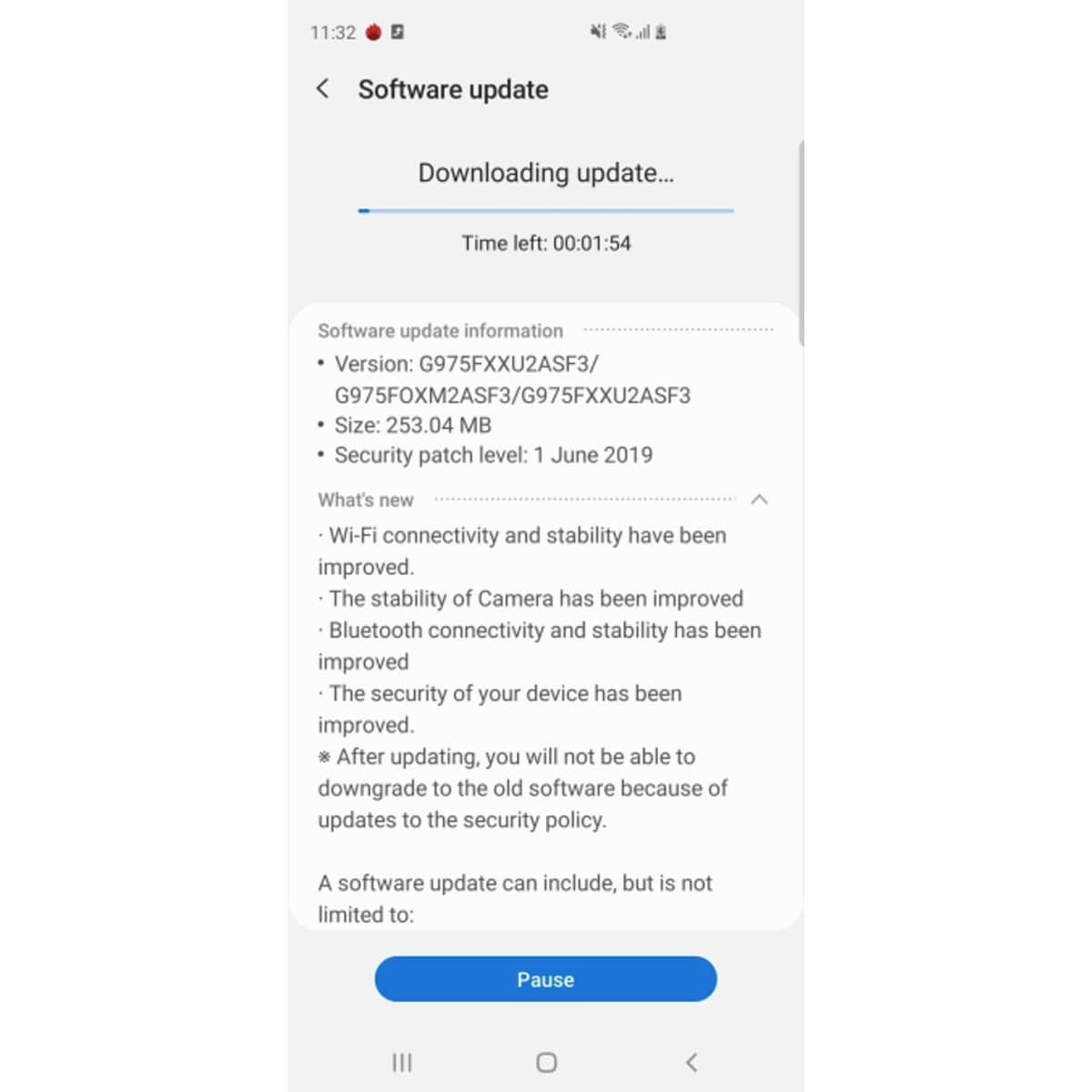 The latest software update also brings various improvements and changes, including the June 2019 Android security patch. Additionally, there are fixes and improvements for connectivity and stability for Wi-Fi, camera, and Bluetooth. Users of the three smartphones can check for the update by heading to Settings > Software update. The smartphones are powered by the Samsung Exynos 9820 SoC in India, and have up to 8GB of RAM and 512GB of internal storage.

Further reading: Samsung, Samsung Galaxy S10, Samsung Galaxy S10 Plus, Samsung Galaxy S10E
Ali Pardiwala Email Ali
Ali Pardiwala writes about audio and video devices for Gadgets 360 out of Mumbai, and has covered the industry for a decade now. Ali is a Senior Reviewer for Gadgets 360, where he has regularly written about televisions, home entertainment, and mobile gaming as well. He is a firm believer in 4K and HDR on televisions, and believes that true wireless earphones are the future of the personal audio industry. Ali is available on Twitter as @AliusPardius and on email at alip@ndtv.com, so do send in ...More
Huawei Says It Got Over $1.4 Billion in Licensing Revenue Since 2015
Trump Suggests EU Out of Line in Suing US Tech Firms