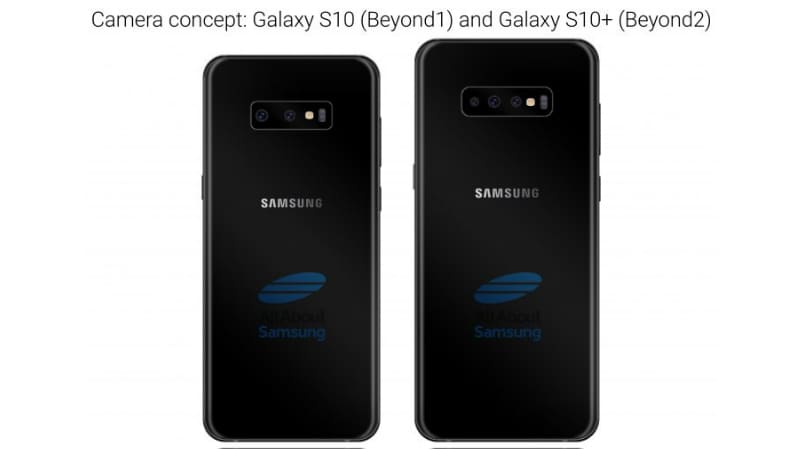 Samsung Galaxy S10 is expected to launch early next year

Up until now, rumours were strong that the Samsung Galaxy S10 will be unveiled in three variants. However, new findings have uncovered that Samsung may launch four variants of the Galaxy S10, and not three. The fourth variant will be 5G capable, and may be identical in all other aspects to the most premium Galaxy S10+ variant. The Samsung Galaxy S10 is slated for a release early next year, and the premium variants are expected to sport in-display fingerprint scanning tech as well.

XDA Developers dug into Galaxy S9+'s Android Pie update and discovered that the Samsung Galaxy S10 will come in four variants. In the firmware files, there are four devices codenamed - Beyond 0, Beyond 1, Beyond 2, and Beyond 2 5G. We already know that the Galaxy S10 is codenamed Beyond, and the smaller variant is tipped to be called Beyond 0, while the most premium variant is called Beyond 2, which is also touted to be the largest variant. There are also Beyond filenames mentioned with the letter 'q' and this could be mentions of the variant with the Qualcomm Snapdragon processor while the filenames without 'q' are for the Exynos-integrated variants. Similarly, filenames with the letters 'lte' stand for the 4G variant, while the Beyond 2 filename mentions with the letters '5G' could stand for the 5Gvariant.

In any case, Samsung has already confirmed that the Galaxy S10 will be 5G compatible, but it won't be the first smartphone to be so. It still remains unsure as to which device will support 5G first in the Samsung portfolio, and the company has an upcoming event in October, and we may know more then.

The XDA report also states that the Galaxy S10 series will sport either a Snapdragon 8150, the name for the Snapdragon 855, as per the report, or a Samsung Exynos 9820 SoC. The 5G variant is tipped to have a Qualcomm X50 modem or the Samsung Exynos 5100 modem, respectively.