Samsung could be testing Android 11 on the Galaxy S10+

Google recently released the first developer preview of Android 11 earlier this month and it looks like manufacturers have already started working on it. Poco very recently announced that the Poco X2 will be getting the Android 11 software update and now it looks like Samsung is testing out the latest version of Android on its Galaxy S10+. The Galaxy S10+ was the 2019 flagship for Samsung and was recently spotted on Geekbench running Android R.

The Galaxy S10+ was spotted running Android R which will most likely be called Android 11 when it is launched. This was first reported by Mysmartprice. The recent entry on Geekbench does not reveal a lot of information other than the device model number i.e. SM-G975F and that it was running Android R while being benchmarked. 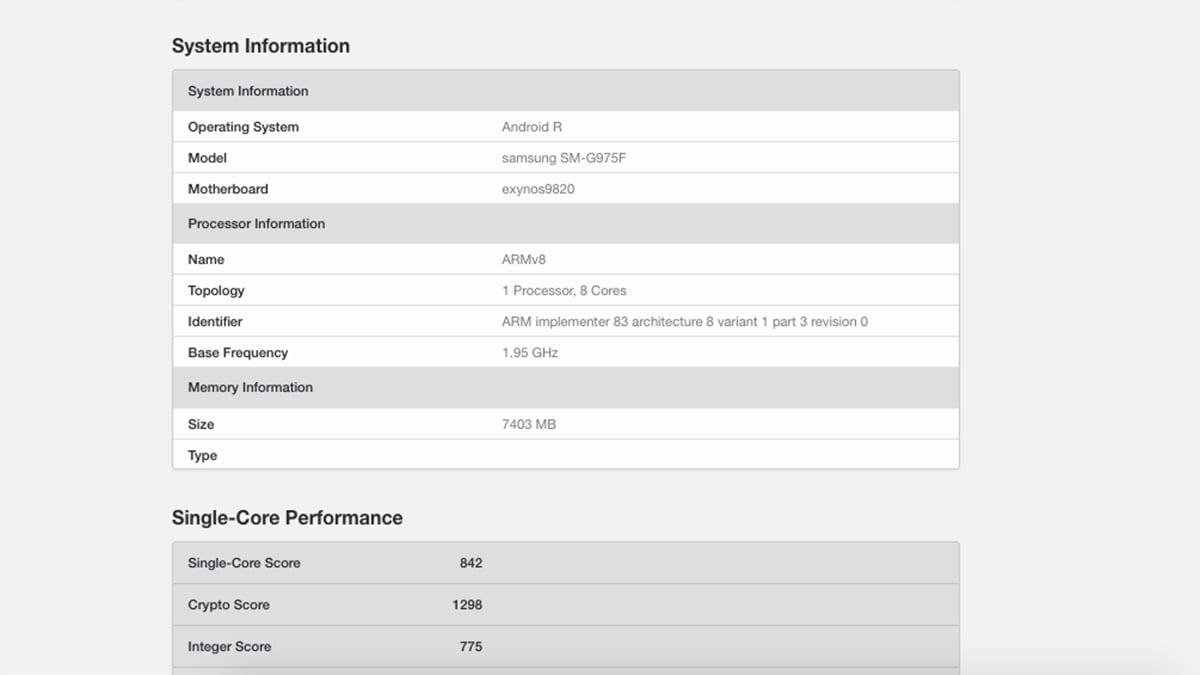 While the Galaxy S10+ was spotted running Android R, it is unlikely that it will get the software update before the Galaxy S20 series. Samsung has been proactive in updating its flagship smartphones to the recent version of Android. The company updated the Galaxy S10+ to Android 10 in December last year as it was launched with Android 9.

We can expect the Galaxy S10+ to run the latest version of One UI when it gets updated to Android R which will most likely be called Android 11. Samsung has been following a two-year update cycle for its flagship devices which makes the Galaxy S10+ eligible to get the update. However, there is also a slight possibility that the Geekbench entry was spoofed.

That said, there is still time for Google to roll-out Android 11 and other manufacturers will need more time to add their customisations.

Further reading: Samsung Galaxy S10 Plus, Samsung, Android 11
Aditya Shenoy Email Aditya
Aditya Shenoy reviews smartphones, wearables, headphones and speakers for Gadgets 360, out of Mumbai. Aditya is a reviewer for Gadgets 360 and has written extensively about smartphones, software updates, and upcoming devices. Aditya is available on Twitter at @adishenoy, and you can mail him at adityashenoy@ndtv.com, so please send in your leads and tips. More
Facebook, Google, and Other Internet Giants Fight Spread of Coronavirus Misinformation
Asus ZenFone 7, ROG Phone 3 Confirmed to Pack Snapdragon 865; Sharp, Vivo, and Lenovo Also Using Qualcomm Chip