Samsung Galaxy S10 is getting a dedicated Night mode through a software update. The new mode, which resembles Google's Night Sight, comes as an extension to the Bright Night feature that was spotted late last year to improve low-light shots. The previous feature was using software-based algorithms on the Galaxy S10 to detect when it requires to take long exposure shots. However, with the new development, users just have to select the available Night mode through the camera app to capture photos in night. The Galaxy S10 users in Switzerland are initially receiving the new software update over-the-air. Nevertheless, it is likely to reach global users in the coming future.

According to a report by SamMobile, the latest software update for the Samsung Galaxy S10 brings the dedicated Night mode to its camera app. The mode appears to be a spin-off of the Bright Night feature.

To recall, the Bright Night feature that was spotted within the code of the Samsung Camera app featured on a One UI beta version last year. It was using software intelligence to improve lighting in the shots automatically. In contrast, the Night mode reportedly comes as an allocated feature in the camera app that can be used at any time. The mode sits next to the Panorama mode in the mode selector strip. 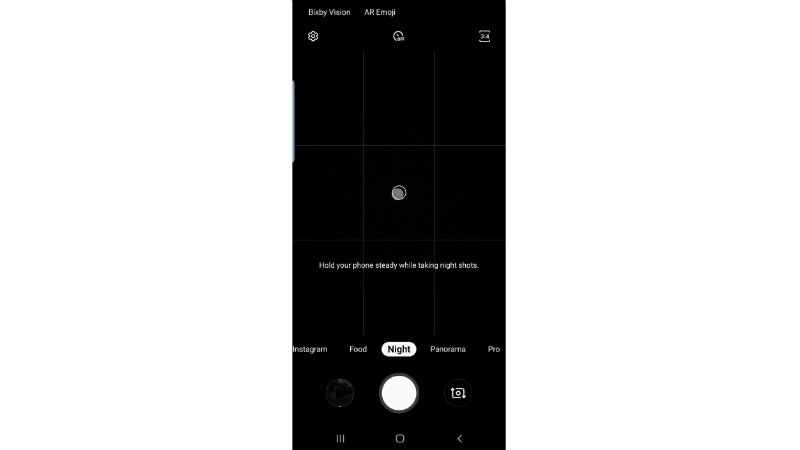 Upon selecting the Night mode, the camera app on the Samsung Galaxy S10 notifies users to hold the handset steady to capture night shots. It seems the new addition considers multiple frames and stacks them to deliver brighter results. The process could be similar to how Google has designed its Night Sight feature.

Having said that, Samsung may be using its native algorithms to improve results in low lighting conditions. These algorithms could be similar to what was powering the Bright Night feature previously.

The latest software update is also said to bring the latest April 2019 security patch to the Galaxy S10. Moreover, it is initially rolling out in Switzerland, though the update is expected to hit other regions in the coming days.