The Galaxy S10 Lite will sport a flat Infinity-O display

Samsung Galaxy S10 is currently hogging all the limelight in the leak arena and is expected to debut ahead of MWC 2019 next month. Samsung is expected to launch three variants of the upcoming flagship that will include the Galaxy S10, Galaxy S10 Lite, and the Galaxy S10+. The entry-level offering of the bunch, the Galaxy S10 Lite, was recently spotted on Geekbench powered by Qualcomm's octa-core Snapdragon 855 SoC clocked at 1.78GHz paired with 6GB of RAM and running Android 9 Pie to handle things on the software side. 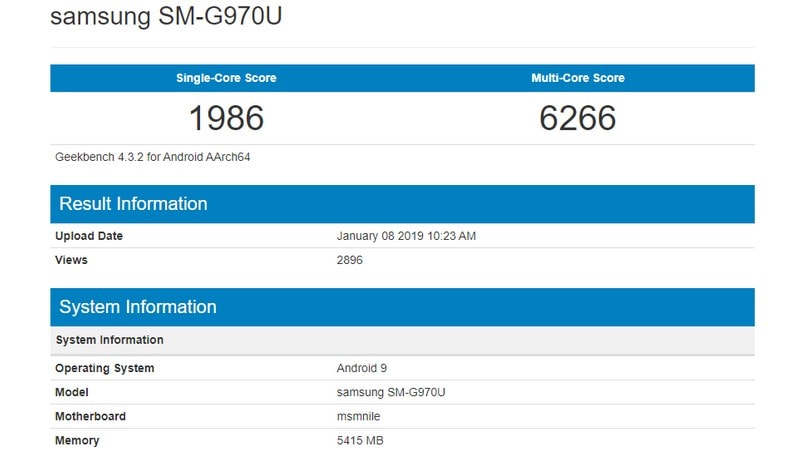 The Geekbench visit also revealed that the Galaxy S10 Lite will come equipped with 6GB of RAM and will run Android 9 Pie. Samsung is also expected to release another version of the Galaxy S10 Lite powered by the company's in-house Exynos 9820 SoC which was announced back in November last year. The new SoC brings an integrated neural processing unit (NPU), a custom tri-cluster CPU, an advanced image signal processor, and support for 8K video recording to the table. The Geekbench listing was first spotted by Slashleaks.

Codenamed ‘Beyond 0', the Galaxy S10 Lite is expected to sport a 5.8-inch (1080x2280 pixels) display with a hole drilled in the glass to accommodate the front camera, something which Samsung calls an Infinity-O display that was showcased by the company back in November. However, the Galaxy S10 Lite will reportedly feature a flat display while the higher-end Galaxy S10 and the Galaxy S10 Plus will come with a curved display. Concept render of the upcoming smartphone shared by Ice Universe recently gave us a glimpse of the Galaxy S10 Lite's design from the front. The Galaxy S10 Lite will come with support for wireless charging

Another leak from SlashLeaks showed an image of a protective case for the Galaxy S10 Lite, indicating that it will feature a side-mounted fingerprint scanner and a dual rear camera setup, even though some reports suggest that the upcoming smartphone will sport three imaging sensors on the back. On the other hand, the other two Galaxy S10 models will come with in-display fingerprint sensors. 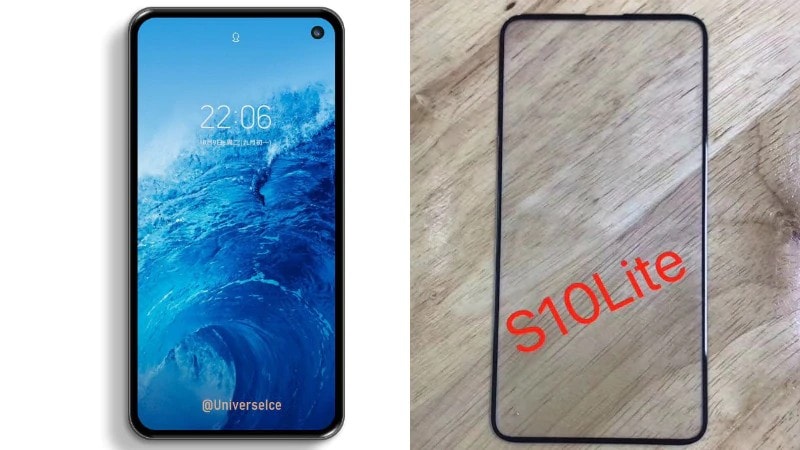 The Samsung Galaxy S10 Lite will pack an Infinity-O display

Talking about cameras, the updated Samsung Camera app's code contains the mention of a feature called Bright Night that will debut on the Galaxy S10 series and might pave the way for a better low-light camera performance on the same lines as the Night Sight mode on Google's Pixel smartphones. Moreover, a trademark filed recently by Samsung talks about Artistic Live Focus mode which might very well be the next incarnation of Live Focus for adjusting the bokeh effect.