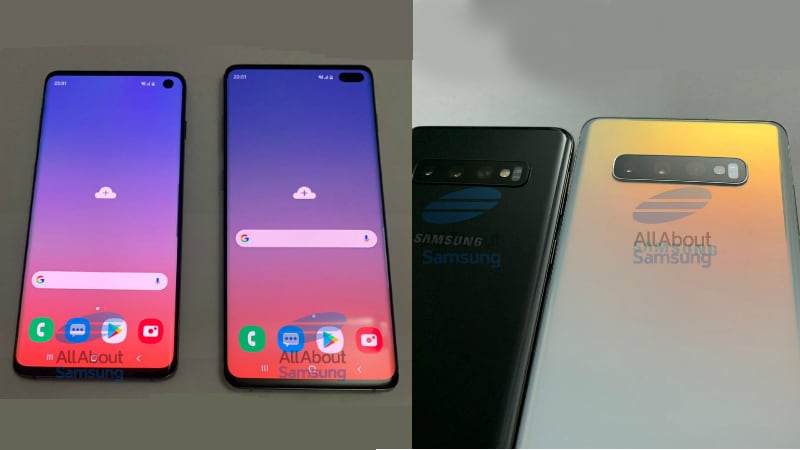 Samsung Galaxy S10 series does not let go of the 3.5mm audio jack

AllAboutSamsung has published several photos of the two variants from different angles. Starting with the front, the Samsung Galaxy S10 is seen sporting a single front camera, whereas the premium variant is seen sporting a dual front camera setup. Both the phones sport an Infinity-O Display design, and the Samsung Galaxy S10+ variant is visibly bigger than the vanilla variant. There are also slight chins seen at the bottom edge of the panel of both the phones.

Coming to the rear panel, both the phones sport a horizontal triple camera setup, with the flash sitting at the last on the right. There's no fingerprint scanner in sight, which means both variant will come with in-screen fingerprint sensors. The bottom edge of the phones has also been leaked in the photos, and we can see the 3.5mm audio jack, the USB Type-C port, the microphone and the speaker grille.

These photos leave very little to the imagination of what the final Samsung Galaxy S10 and Samsung Galaxy S10+ variants could look like. However, we recommend you to take all the leaks with a pinch of salt until the official unveil expected to February 20. The Samsung Galaxy S10 series is set to have a Lite variant as well, which is expected to sport a 5.8-inch display, and a side-mounted fingerprint scanner.