Samsung Galaxy S10 and Galaxy S10+ dimensions have now surfaced on the Web. While the 6.1-inch display-featuring Galaxy S10 is said to come with a height of 148.9mm and width of 70.9mm, the 6.4-inch display-sporting Galaxy S10+ could debut as a larger offering with 157.7mm of height and 75mm of width. The fresh report also advocates the previous reports and confirms the presence of a triple rear camera setup on the Galaxy S10+. Separately, a patent application has been spotted that suggests the presence of a holographic technology on the Galaxy S10 to project 3D images.

In the list of new developments, PhoneArena has leaked the dimensions of the Samsung Galaxy S10 and Galaxy S10+. It is said that while both models will have 7.8mm of thickness, the regular Galaxy S10 will have 148.9mm height and 70.9mm width. The Galaxy S10+, on the other hand, is reported with 157.7mm height and 75mm width. 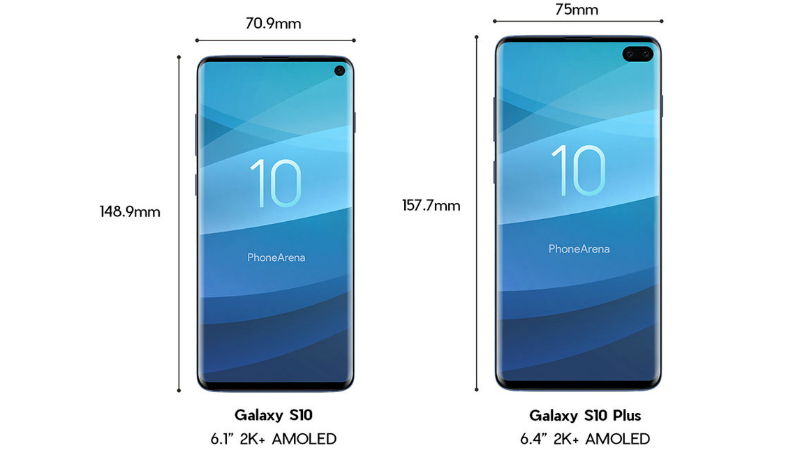 Samsung might be favouring a quad camera setup for the special edition, 5G-enabled Galaxy S10 variant that is expected to debut in the US and South Korea later next year. Moreover, the quad camera setup on the Galaxy S10+ could enable features such as optical zoom, Live Focus, and Ultra-Wide portraits.

All the Galaxy S10 models are also said to retain the 3.5mm headphone jack. However, Samsung could finally ditch the audio jack on the Galaxy Note 10.

Folks at LetsGoDigital separately spotted a patent published last month that reveals a holographic technology on the Galaxy S10. As per the patent document, a copy of which has been provided by the Netherlands site, Samsung is essentially building a display technology that will be capable of projecting 3D images.

The patent, which has been published by the US Patent and Trademark Office (USPTO), apparently shows that there will be a relay of lenses on the front of the display panel that will include several microlenses. These lenses will work with a combination of a spatial light modulator (SLM) to accurately develop hologram patterns. Once developed, the patterns are projected as a beam of light out of the display. 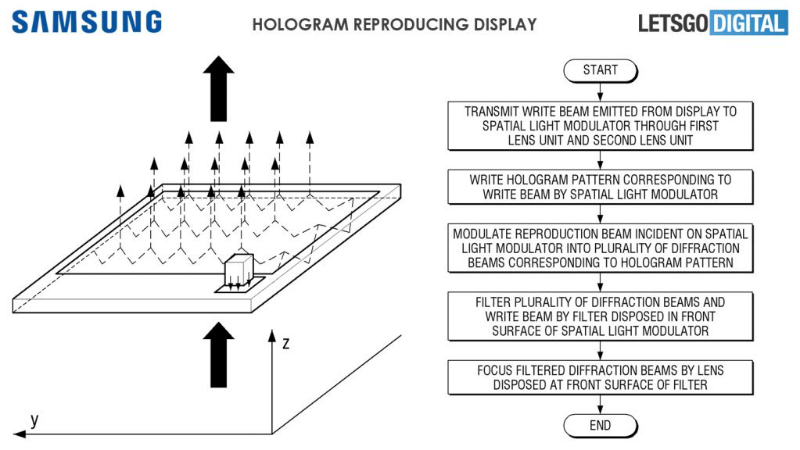 Samsung is speculated to unveil the Galaxy S10 at its Unpacked event in February - just before the Mobile World Congress in Barcelona. The new family will have the regular Galaxy S10 and Galaxy S10+ alongside the most inferior Galaxy S10 Lite and the highly premium and ultra-ambitious 10th-anniversary model.