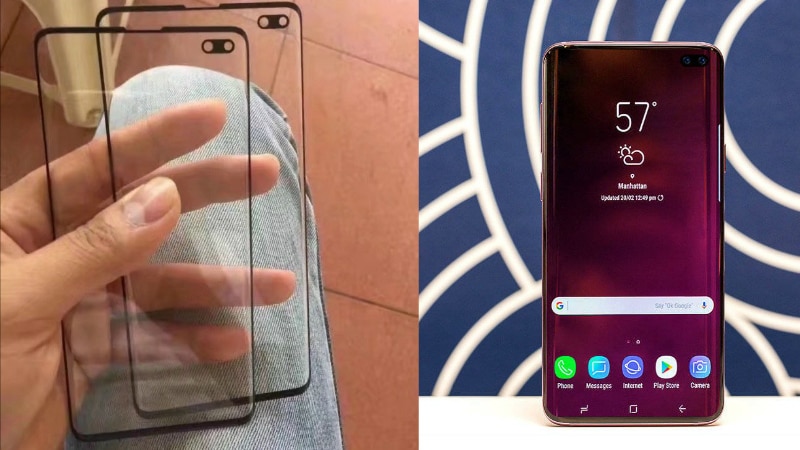 Tipster OnLeaks, in collaboration with 91Mobiles, had earlier shared 5K renders and 360 degree video of the Galaxy S10+ variant showing off triple cameras at the back and two cameras up front, it has now revised its article to suggest that the Galaxy S10+ will sport quad-cameras at the back, and not three. While the front is similar to what the above mentioned leaks suggest, the back is seen sporting a quad-camera setup. The four sensors at the back are placed horizontally, with the flash module sitting at the end of the line. There's no fingerprint scanner seen anywhere at the back, and the report states that the smartphone will sport an ultrasonic in-display fingerprint scanner.

The report also tips that the Galaxy S10+ will sport a 6.4-inch dual-curved edge QHD AMOLED display. The quad camera setup at the back is said to consist a standard lens, telephoto lens and a wide-angle lens. Dimensions are tipped to be at 157.5x75.0x7.8mm (with camera bump 9mm). The renders sport an Ice Blue variant. Furthermore, the report also says that the Galaxy S10+ will not support iris scanning and will come with an improved Face Unlock feature. The smartphone is seen sporting a 3.5mm audio jack, USB Type-C port and loudspeaker at the bottom edge, SIM tray at the top edge, power button on the right edge, and volume and Bixby buttons on the left edge of the device.