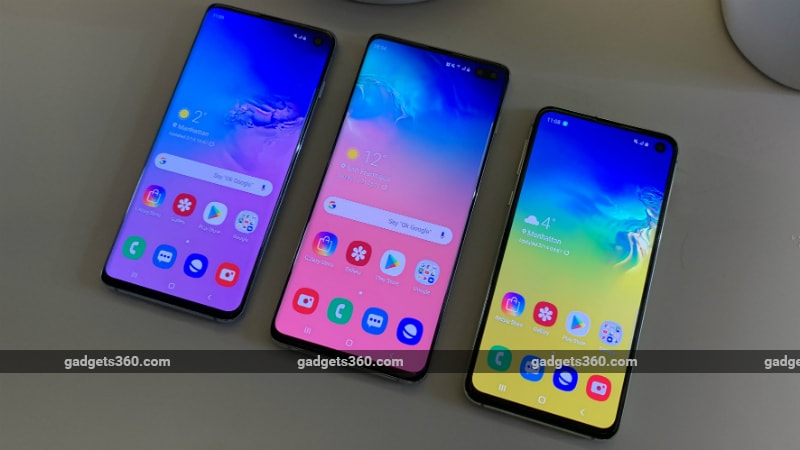 Samsung Galaxy S10 comes preloaded with a cryptocurrency wallet. The South Korean giant on Monday elaborated the presence of the cryptocurrency wallet on the Galaxy S10 at the Samsung Mobile Business Summit at MWC 2019 in Barcelona, Spain. The company also announced support for Ethereum-based gaming-focussed currency Enjin Coin. The Galaxy S10 models also support select decentralised apps aka Dapps, and the primary Dapp on the flagship phones is Cosmee. Notably, Samsung isn't only smartphone vendor that has brought cryptocurrency support to its top-end models. HTC also last year brought the Exodus 1 with a Zion cryptocurrency wallet.

The cryptocurrency wallet on the Galaxy S10 phones allows users to store virtual currencies such as Bitcoin and Ethereum in addition to Cosmo Coin, as Samsung previewed during its Mobile Business Summit in Barcelona on Monday. The Verge reports that the pre-installed wallet on the Galaxy S10 comes as a cold wallet, which means it doesn't require an active Internet connection to store and handle cryptocurrencies.

Alongside offering the cold storage for cryptocurrencies, the Galaxy S10 is said to have support for select Dapps and one of the major Dapps is Cosmee that is reported to come as a blockchain-powered beauty review app.

During the presentation at the Mobile Business Summit, Samsung also mentioned that there will be support for Enjin Coin. As per a report by Asia Crypto Today, Samsung has partnered with Enjin to offer pre-installed Enjin wallet on its phones. It is believed that the Galaxy S10 will come with Enjin wallet to enable transactions for ERC-20 tokens and ERC-1155 crypto game assets.

Back in December last year, Samsung was rumoured to have a Bitcoin app in development with a cold wallet to save cryptocurrencies. The app was reported to use PIN as well as fingerprint as the options to secure its operations.

It is unclear whether the cryptocurrency wallet will be available on Galaxy S10 global units, or it will be limited to select markets initially. We've reached out to Samsung for clarity on the development and will update this space accordingly. Our Galaxy S10+ review unit did not contain the wallet.