Samsung Galaxy S10 5G model that is debuting in South Korea on April 5 is found to have different dimensions and weight than that of its global variant. The alleged leaked specifications of the upcoming phone have popped up online and point at the difference between the two models. Recently, the price of the Galaxy S10 5G had also surfaced on the Web. Samsung unveiled the Galaxy S10 5G alongside the other three Galaxy S10 models last month. The global variant of the phone comes with a Qualcomm X50 5G modem to support next-generation cellular connectivity out-of-the-box. 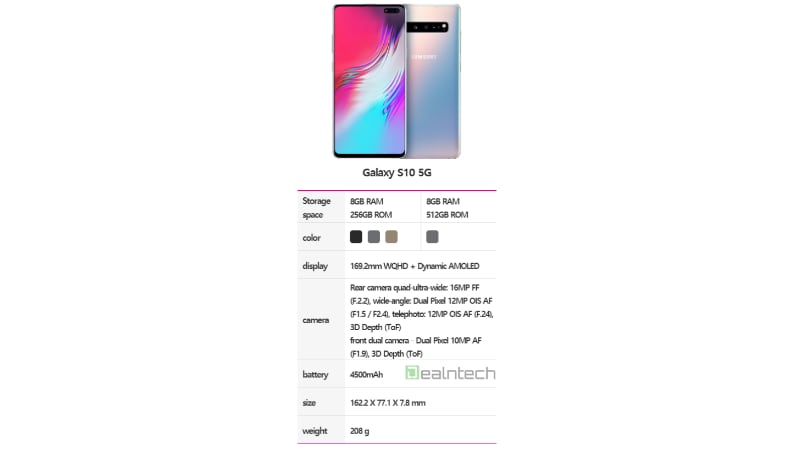 Samsung hasn't offered any clarity on what's distinct in the upcoming variant of the Galaxy S10 5G. However, it is possible that the South Korean variant packs Exynos SoC with a custom modem by Samsung, whereas the global variant comes with Snapdragon 855 SoC along with Qualcomm's X50 modem.