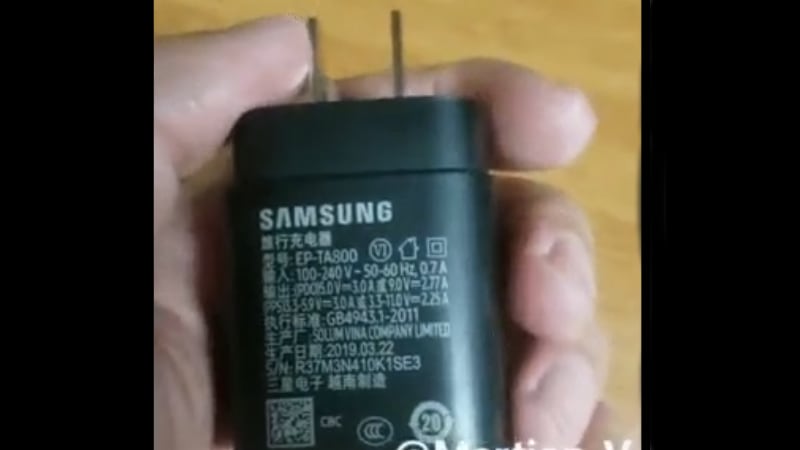 Samsung Galaxy S10 5G and Samsung Galaxy A70 come with 25W fast charging support, and are bundled with a charger that allows 25W charging. Tipster Ice Universe has given us an alleged glimpse of that 25W charger, claiming that it will also be introduced on the not-yet-released Galaxy A90. Samsung Greater China President Quan Guixian recently confirmed that the Galaxy S10, Galaxy S10+, and Galaxy S10e will also get 25W fast charging support through a new over-the-air (OTA) software update, which means that this charger will also work with these three phones, once the update rolls out.

The charger, as mentioned, maximises at 25W, but it supports something called as the Programmable Power Supply (PPS) mode that reduces the power output if it feels that it could heat up the phone. All voltage and amp ranges can be seen on the image shared above.

It's important to note that this hasn't been confirmed officially by Samsung. The company hasn't shared an image of the charger that will ship with the Galaxy S10 5G or the Galaxy A70.

The Samsung Galaxy S10 5G is set to go on sale in South Korea from April 5, and the pricing and availability details of the Galaxy A70 haven't been revealed as of yet.