Samsung Galaxy S IV rumoured to be announced on March 15 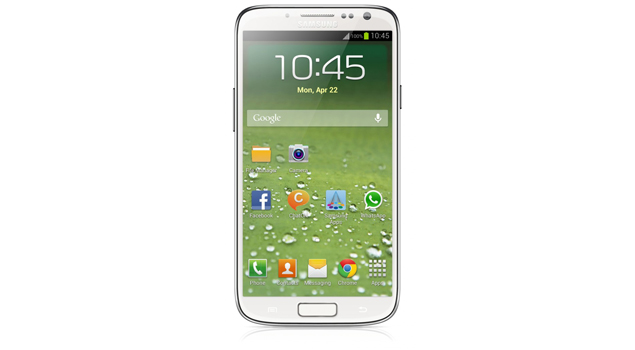 We reported earlier that Samsung's latest flagship device, the Galaxy S IV, currently codenamed 'Altius', is expected to go on sale in April. SamMobile is now reporting that the device may be unveiled on March 15, probably at the company's special Mobile Unpacked event, the venue for which is still unknown.

Citing a "trusted insider", the blog has confirmed information of the device's launch. However, Samsung has not yet officially made any announcement in this regard, but considering that rumours have begun to pour in, we might hear something from the company soon.

The blog reconfirms its earlier report of the device going up for sale in April, though it now mentions the beginning of that month as opposed to April 15 reported earlier. The Korean manufacturer is expected to send invites post the Mobile World Congress event at the end of February or March beginning.

As far as availability of the smartphone is concerned, the blog notes that the Galaxy S IV will first be made available to eastern countries from Europe. The rest of Europe and Asia are expected to receive the device before the end of April, while US, Australia and Africa will receive the Galaxy S IV around May-June.

The company plans to sell a separate dock and a back cover with wireless charging capabilities for the device. The wireless charging kit is expected to be made available a couple of weeks later after the Galaxy S IV goes on sale.

Speaking of sales, past reports seem to indicate that the company is aiming to sell 10 million Galaxy S IV smartphones and that the it is reportedly planning to keep up to its target each month. As a reminder, it took Samsung almost two months to achieve the 10 million sales mark for its current flagship Galaxy S III smartphone since its debut in May last year.
Comments