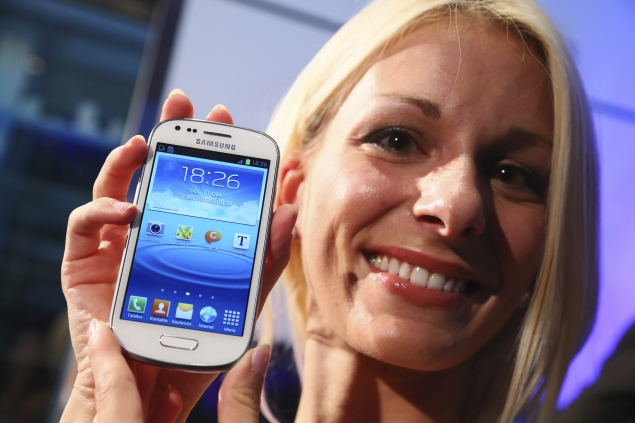 Samsung's Galaxy S3 overtook Apple's iPhone 4S in the third quarter to give the South Korean firm the world's best-selling smartphone model for the first time ever, a research firm said Thursday.

The survey from Strategy Analytics came, however, as Apple was launching the iPhone 5. Sales from both the iPhone 4S and iPhone 5 combined were higher than those of the flagship Samsung smartphone.

"The Galaxy S3 captured an impressive 11 percent share of all smartphones shipped globally and it has become the world's best-selling smartphone model for the first time ever," said Strategy Analytics' Neil Shah.

"A large touchscreen design, extensive distribution across dozens of countries, and generous operator subsidies have been among the main causes of the Galaxy S3's success."

Still, Shah acknowledged that "consumers temporarily held off purchases in anticipation of a widely expected iPhone 5 upgrade at the end of the quarter."

According to the research firm, some 18 million Galaxy S3 phones were sold in the three months to September 30.

Apple sold 16.2 million of its iPhone 4S in the period and six million of the iPhone 5, which launched in mid-September, it said.

Neil Mawston, executive director at Strategy Analytics said the Galaxy S3 "has proven wildly popular with consumers and operators across North America, Europe and Asia" but that its position as the world's best-selling smartphone model "is likely to be short-lived."

He added that with the iPhone 5, "Apple should soon reclaim the title of the world's most popular smartphone model."