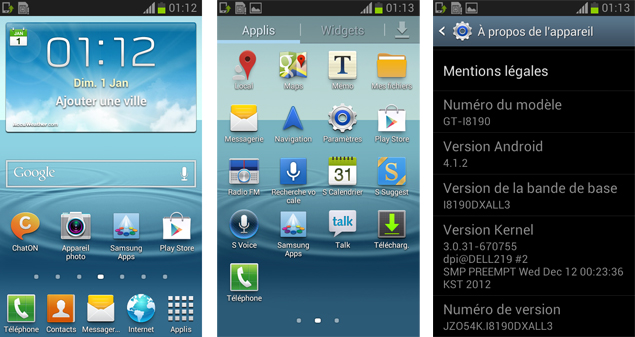 Prominent Samsung blog SamMobile is reporting that the Korean giant is now shipping the Galaxy S III mini with the latest version of Android Jelly Bean, v4.1.2 in Vietnam and Indonesia. Other Asian regions should soon be getting the good news as well. Initially when launched, the Galaxy S III mini devices came out with Android 4.1.1.

Whether or not the latest Jelly Bean version on the Galaxy S III mini includes all features from the company's Premium Suite, is something users will have to find out on their own.

For those unaware, the Galaxy S III mini was launched in October this year and is a miniature version of the company's current flagship smartphone the Samsung Galaxy S III. It features a 4-inch screen and runs Android 4.1 Jelly Bean. The smartphone inherits Galaxy S III's features like S Voice, Smart Stay, Direct Call and S Beam.

The compact S III version is powered by a dual-core 1GHz processor and features a 5-megapixel camera. It has a 1500 mAh battery and 8/16GB internal storage options.

Just recently, the Galaxy Note web page hinted Premium Suite features for original Note users as part of the Android Jelly Bean 4.1 update. But it did not provide a timeline for the said update.