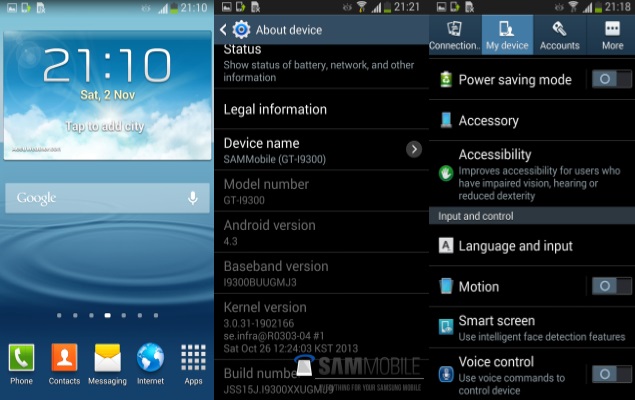 Samsung is now reportedly rolling out the Android 4.3 Jelly Bean for its flagship smartphone of 2012, the Galaxy S III (GT-I9300).

Recently, a report indicated that Samsung was planning an Android 4.3 update for its top of the line smartphones soon. The Samsung Galaxy S4 and Galaxy S III are already receiving Android 4.3 Jelly Bean update, next in-line is the Galaxy Note II which is expected to get the new Jelly Bean iteration by the end of November, or early December, as per report.