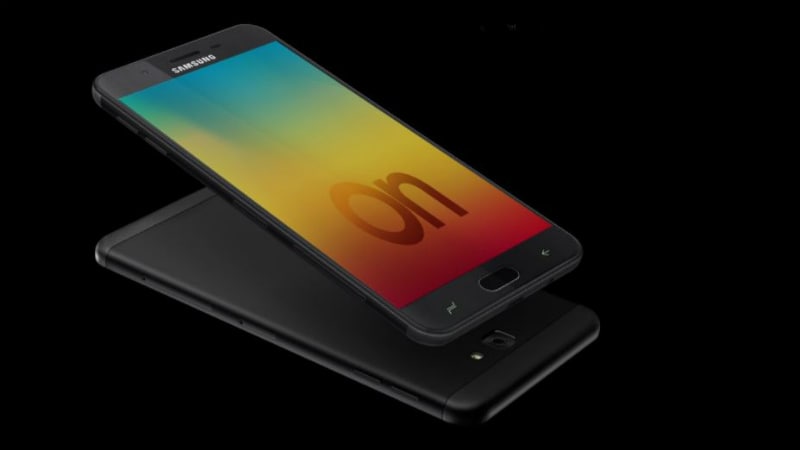 Samsung Galaxy On7 Prime price in India is said to be around Rs. 15,000

Samsung Galaxy On7 Prime has been listed on the Amazon India website, marking a quiet unveiling of the affordable smartphone in the country. The listing does not reveal much about the Galaxy On7 Prime yet, except a few key specifications. So there is no official word on the release date and price bracket of the smartphone yet. However, an earlier report by IANS, citing industry sources, claims the Galaxy On7 Prime price in India would be around Rs. 15,000, a highly competitive segment.

According to the Amazon listing, Samsung Galaxy On7 Prime has a 5.5-inch full-HD (1080x1920 pixel) resolution, 1.6GHz octa-core Exynos 7870 processor, 13-megapixel cameras with f/1.9 aperture on the front and back, and rear LED flash. It will come in two variants, one with 3GB RAM and 32GB internal storage and another with 4GB RAM and 64GB built-in storage. The storage will be expandable up to 256GB via microSD cards. Galaxy On7 Prime will support Samsung Pay Mini for mobile payments. It has a hardware Home button below the display, flanked by capacity buttons on the sides.

Users can sign up to get notifications about the smartphone from Amazon India. Gadgets 360 spoke to Samsung India representatives about the release schedule and pricing, and will update the story once we hear back from them on the matter.

The smartphone has also been listed on the Samsung UAE website. The listing has largely the same features as the Amazon India one, with the notable exception of front camera – while the India model sports a 13-megapixel selfie shooter, the UAE variant has an 8-megapixel front camera.

Other details of the Galaxy On7 Prime listed on the UAE site include 3300mAh battery, LCD display panel, dual-SIM functionality, and dedicated slot for microSD card. It weighs 167 grams, and measures 151.7 x 75 x 8mm. Connectivity features listed for the UAE variant include Wi-Fi b/g/n 2.4GHz, Wi-Fi Direct, 4G, Bluetooth 4.1, ANT+, Micro-USB 2.0, and 3.5mm audio jack. It is not clear which version of Android the smartphone runs on. It will be available in Black and Gold colour options.

While it is not yet clear when the Samsung Galaxy On7 Prime will be released in India, the company is hosting an event in New Delhi on Wednesday. It is expected to unveil the Samsung Galaxy A8+ (2018) smartphone at the event to take on the likes of OnePlus 5T, Nokia 8, etc.