Samsung Galaxy On Max to Go on Sale in India Today: Price, Specifications

Samsung Galaxy On Max, the recently launched new camera-centric phablet from the South Korean consumer electronics giant, will go on sale for the first time in India on Monday. The smartphone will go on sale via exclusive retail partner Flipkart from 11:59pm IST.

The Samsung Galaxy On Max price in India is Rs. 16,900, while the smartphone will be available in Black and Gold colour variants in the country. Launch offer includes a Rs. 2,000 discount for buyers using Standard Chartered credit and debit cards. At its price, the smartphone compares with the Oppo F3, Moto G5 Plus, Oppo F1s, Honor 8, Honor 8 Lite, and even the Samsung Galaxy J7 Prime. 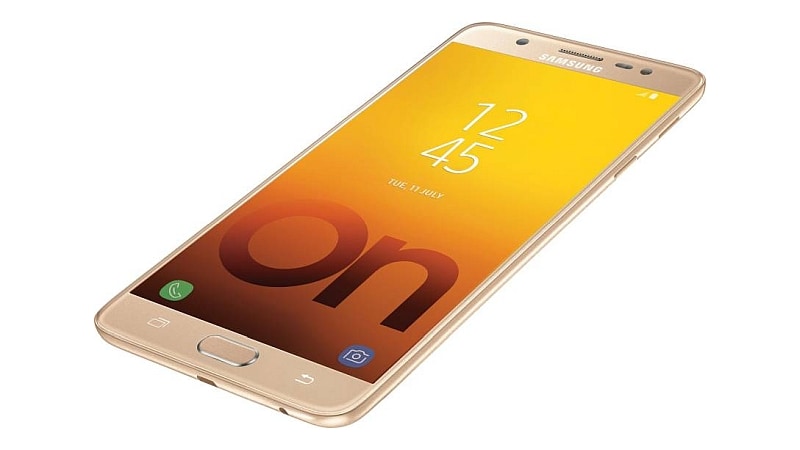 The smartphone bears 32GB of inbuilt storage that's expandable via microSD card (up to 256GB). For connectivity options, the smartphone offers 4G VoLTE, alongside Wi-Fi, Bluetooth, a 3.5mm audio jack, and a Micro-USB port. It weighs 178 grams and measures 156.6x78.7x8.1mm. It is powered by a 3300mAh battery.

The Samsung Galaxy On Max sports a fingerprint sensor on the home button. It also supports Samsung Pay Mini, which was launched in India last month alongside the Samsung Galaxy J7 Pro and Galaxy J7 Max. It supports UPI-based payments and integrates a mobile wallet, but forgoes the NFC and MST-powered offline tap-to-pay features that essentially replace debit and credit cards.