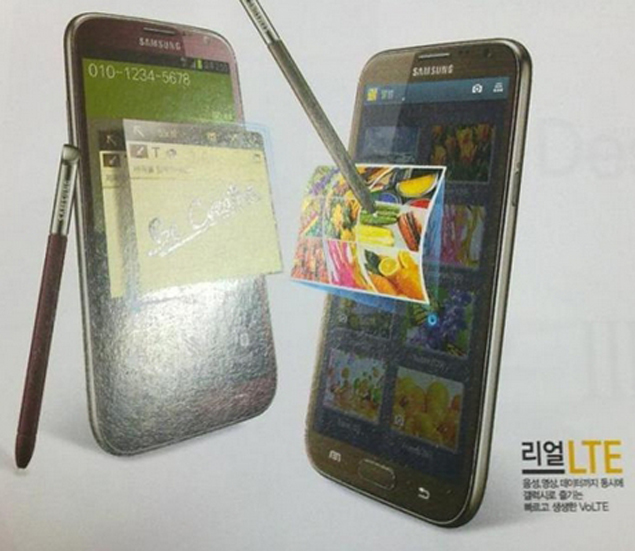 Just a day ago, a Black Galaxy Note II was spotted in the wild, now two more colours of the phablet have surfaced online on a Japanese mobile blog.

The blog has posted an image of the device in Red and Brown colour options, apparently seen in a Korean magazine. We've known for a while that Ruby Wine and Amber Red are the official colours of the Note II. Apart from these, the device is also expected to launch in Topaz Blue as reported by SamMobile earlier.

As of now most Galaxy Note II units are available in Marble white and Titanium Gray colours. It would be interesting to see how the new colours look on the device and whether or not they attract the masses.

But the Galaxy Note II isn't the only device expected to release in new colours. The Galaxy S III mini is also likely to launch in 3 new colours namely Titan Gray, Garnet Red and Onyx Black early this year.

With CES not far away, it is likely that the Korean manufacturer may unveil the new colours of both these devices at the event in Las Vegas.

In more Galaxy Note II news, the device has sold more than 1 million units in South Korea within 3 months of its launch in September reports MK News, a Korean news site.

In November, Samsung announced that global sales of this phablet had topped 3 million units in the first 5 weeks, which means the company has sold another 2 million units in the last three-and-a-half weeks. By the end of the month, the Korean manufacturer reported that the sales of its device have topped 5 million barely two months since the phablet started shipping.

Big Data is great, but don't forget intuition
Pogie awards for the brightest ideas of 2012