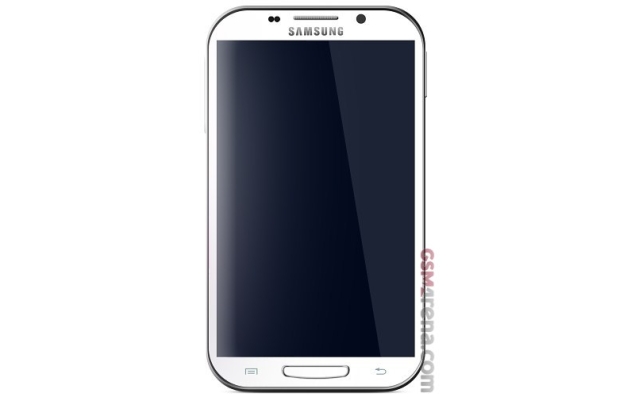 As the Samsung Galaxy Note II launch is coming nearer, the alleged official images of the smartphone have started appearing. One such image has been posted by mobile blog GSMArena, which it claims is the official photo of this upcoming phablet.

While, it looks more authentic than previously leaked so-called official images, obviously, there is no way to confirm its credibility, especially since it comes from "an anonymous tipster" - take it with a pinch of salt.

The image leak has been accompanied with the rehash of device specifications, which include 5-inch 1280x800p Super AMOLED display, 8MP camera and quad-core processor.

As we can see in the leaked shot, the device will use the Galaxy S III like button layout, however the size of power button is a little out of order, which makes us further doubt the authenticity of these images.

The device is expected to be announced at a press event on August 29 ahead of IFA trade fair.

GSMArena also states that the Jelly Bean update for the device is still being developed, so Note II will be released with Ice Cream Sandwich on-board. On the other hand, Android 4.1 update for Galaxy S III is almost ready and will be released very soon.