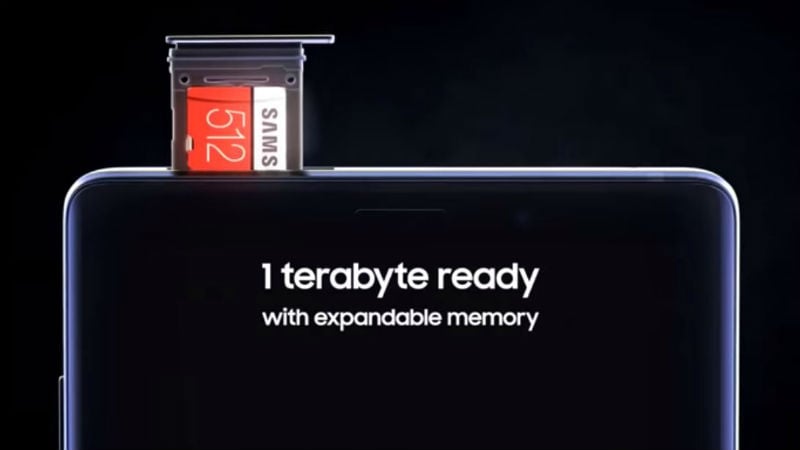 Samsung Galaxy Note 9 has been leaked ahead of its August 9 launch, and this time again it is from the company itself. The South Korean giant has accidentally posted a video for its upcoming flagship smartphone, alongside the S Pen stylus. Earlier, Samsung had leaked the smartphone via its own site. While the earlier post had confirmed some of the design details of the Galaxy Note 9, the latest information reveals storage details and more. Also, with less than a week remaining for the launch, some reports have tipped the price of the Galaxy Note 9.

An official video from Samsung, spotted by SamMobile, showcases a Yellow colour S Pen stylus alongside the Blue variant of the Galaxy Note 9. The brief teaser essentially shows the overall design of the smartphone, something that was already hinted at in the pre-order announcement. However, the most interesting highlight of the latest leak is that the 512GB variant of the Galaxy Note 9 has now been confirmed. Also, the 512GB inbuilt storage will be expandable up to 1TB via microSD card. Notably, Samsung has pulled the Galaxy Note 9 video from YouTube now. However, several users have posted the same video on the platform.

The Samsung video starts off by touting the power of the Galaxy Note 9. It tells viewers that the phone is not just powerful but "super powerful." The video also affirms most of the things that were spotted in the pre-order announcement page.

Further, in the Galaxy Note 9 video, Samsung showcases a Yellow-coloured S Pen. The company describes the stylus as "all new powerful," It also shows its physical button being pressed. Following this, the company shows off the "all-day battery" of the Galaxy Note 9. In terms of storage, Samsung claims the smartphone to be "1 terabyte ready." In the video, though not mentioned explicitly, we could see a 512GB microSD card being inserted. There is no clarity on whether this variant will come with 8GB of RAM.

The Galaxy Note 9 will be launched at Samsung's Galaxy Unpacked event next week, but countless leaks and rumours over the past few months have already hinted at most of the features of the upcoming phablet. A report has now leaked the pricing details of the Galaxy Note 9 as well.

Finally, the Galaxy Note 9 is expected to launch around the same time as Android P. An earlier report had claimed that the latest Android OS will arrive on August 20, just four days before the expected release date of the smartphone. There is no clarity on whether Samsung will power the smartphone with the new Android OS when it starts shipping.

Facebook Announces $4.5 Million Investments to Help News Publishers
Inside the Tesla Model 3: Here's Why It's Like a Giant iPhone