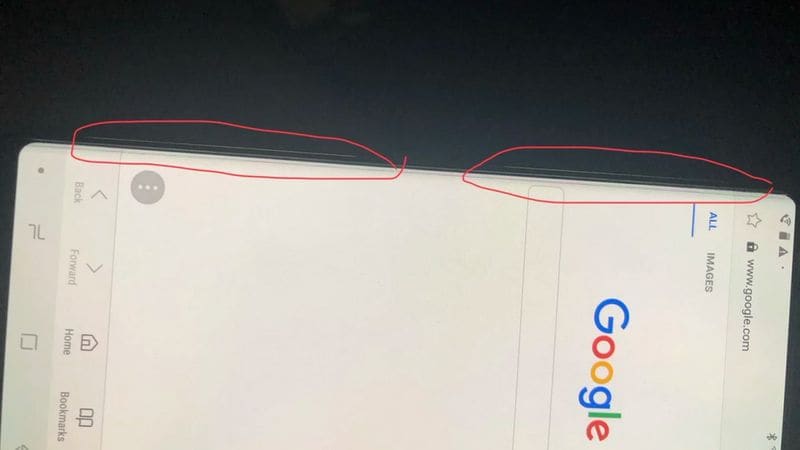 The Samsung Galaxy Note 9 flagship was unveiled globally earlier in August, with a not insignificant price tag. While some people are thinking about buying the Galaxy Note 9, some who already have got their hands on it have spotted a major issue with their units. Some users who have spent a few days with the smartphone are reporting a weird problem that might make you think before buying the handset. They claim that light from the display panel of the Galaxy Note 9 is visibly leaking via the gaps in the chassis. Some users say that the issue is not easy to ignore. However, it is worth noting that not all users are facing this issue. Only some of the units seem to be having the problem.

The Galaxy Note 9 packs a Quad HD+ (1440x2960 pixels) Super AMOLED Infinity Display with an 18.5:9 aspect ratio and a pixel density of 516 pixels per inch. At 6.4 inches, it's the biggest display we've seen in a Galaxy Note series smartphone to date. However, several users via Android Central forum posts, claim that the light from the Galaxy Note 9 display leaks through the gap between the aluminium frame and the glass. Some of the images shared in the posts showcase the issue in more detail.

To provide the iconic rounded shape, Samsung paints the edge of the glass panel. However, the amount of paint applied varies with each unit, which may lead to a slight reflection in some handsets. However, these are just reports and rumours and should be taken with a pinch of salt. Meanwhile, Samsung is yet to respond to the issue.