Samsung Galaxy Note 8 was pre-booked by 72,000 in people on the first day itself in India

Samsung Galaxy Note 8 pre-bookings in India have reportedly crossed the 72,000-units mark on the first day itself, while registrations to purchase the handset have reached more than 1.5 lakh, IANS says citing sources. The overall registrations have touched 2.5 lakh units ahead of the Galaxy Note 8 India launch event on Tuesday, September 12. The launch clashes with Apple's iPhone 8 and iPhone X unveiling in the US later the same day. Samsung was aware of the iPhone 8 and iPhone X launch but was confident enough to launch on the same day owing to its strong leadership position in India, according to the IANS sources.

According to the market research firm GFK, Samsung is the top brand in India with 43 percent market share in the smartphone segment. 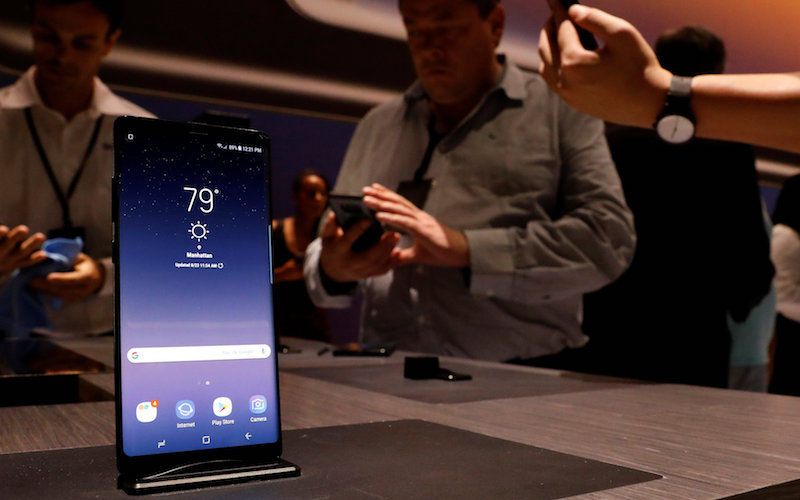 Samsung launched Galaxy Note 8 in South Korea in August. The device comes with the Bixby intelligent assistant, is water and dust resistant and houses an iris scanner. Similar to the Galaxy S8 and the Galaxy S8+, Galaxy Note 8 also sports Infinity Display with an aspect ratio of 18.5:9. The 6.3-inch screen is Super AMOLED with a resolution of 1440x2960 pixels. It is Samsung's first smartphone to feature dual camera set-up at the rear with portrait mode and dual optical image stabilisation (OIS).