As first noted by SamMobile, the Members app is showing that the Samsung Galaxy Note 8 will receive the One UI update based on Android 9.0 Pie in February. This is contrary to the Galaxy S8 and Galaxy S8+ that both are set to receive the latest update in March.

Previously, the Samsung Galaxy Note 8 was scheduled to receive the Android Pie update alongside the Galaxy S8 and Galaxy S8+ sometime in March. Samsung Turkey also recently confirmed that all the three 2017 flagship models will receive Android Pie in March. 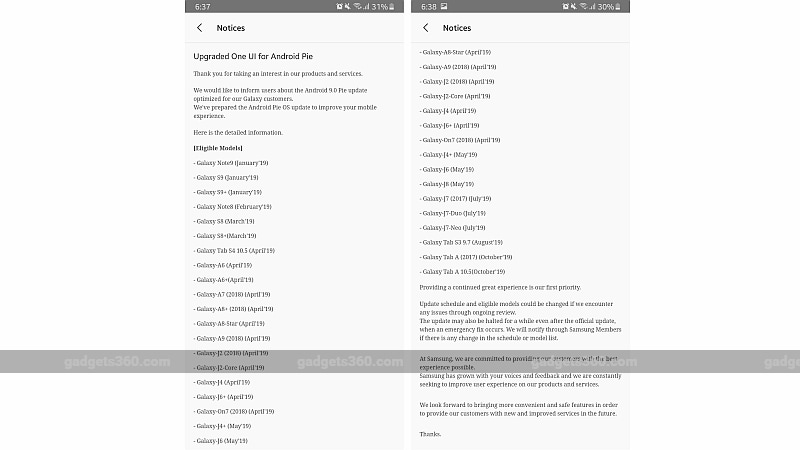 We were able to see the updated roadmap on the Members app installed on one of our Samsung devices. However, it is safe to speculate that the Android Pie update schedule may vary from one market to another.

Samsung started rolling out Android Pie-based One UI to the Galaxy S9 and Galaxy S9+ last month. The Galaxy Note 9 is also expected to receive an update to Android Pie sometime later this month or next month. Meanwhile, the South Korean giant is running an Android Pie beta programme for early testers.