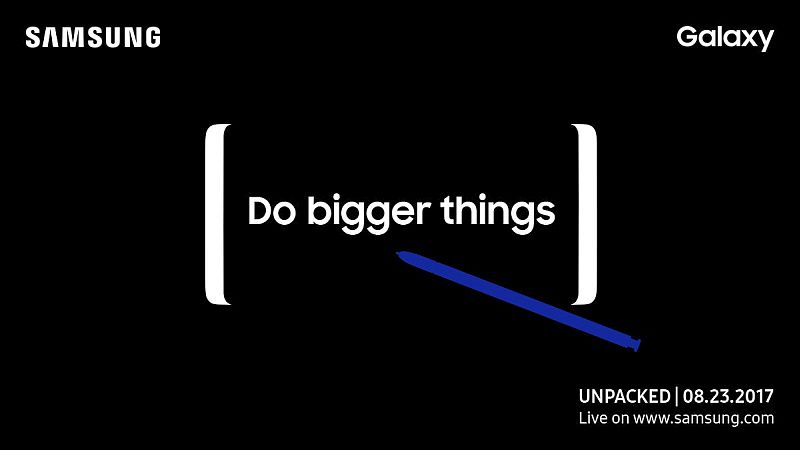 We may be few weeks away from the launch of Samsung's next Galaxy Note smartphone but there has been no shortage of leaks and reports around the upcoming device. The latest in the series claim that the new Samsung Galaxy Note 8 may come with its own version of 3D Touch, a pressure sensitive display feature introduced by Apple on its iPhones. Another report says that the new Galaxy Note 8 may go up for pre-orders starting September 1.

The South Korean publication indicates that Samsung's form of 3D Touch (called Force Touch by some Android manufacturers) may function the same way though Galaxy Note 8 will stick to the design of the current flagship, the Galaxy S8, matching earlier rumours To recall, the Samsung Galaxy S8 forgoes physical home button and instead goes with on-screen navigation keys.

ET News reports that the new Force Touch-style feature will take advantage of the pressure-sensitive display in the same manner as we already saw on the company's previous flagship - at least, around the home button, as there's no mention of other functionality beyond access to a hidden shortcuts menu. We could expect Samsung to implement Android 7.1.1 Nougat's new App Shortcuts with its Force Touch feature for accessing direct actions right from the app icon. For now though, it's not known if the pressure sensitive display features extend to the whole screen.

Few weeks back, Samsung confirmed that the next smartphone in the Galaxy Note series, the Galaxy Note 8, will be unveiled at the company's August 23 event. The official teaser says, "Do bigger things" to indicate a larger display and more features over current flagships.