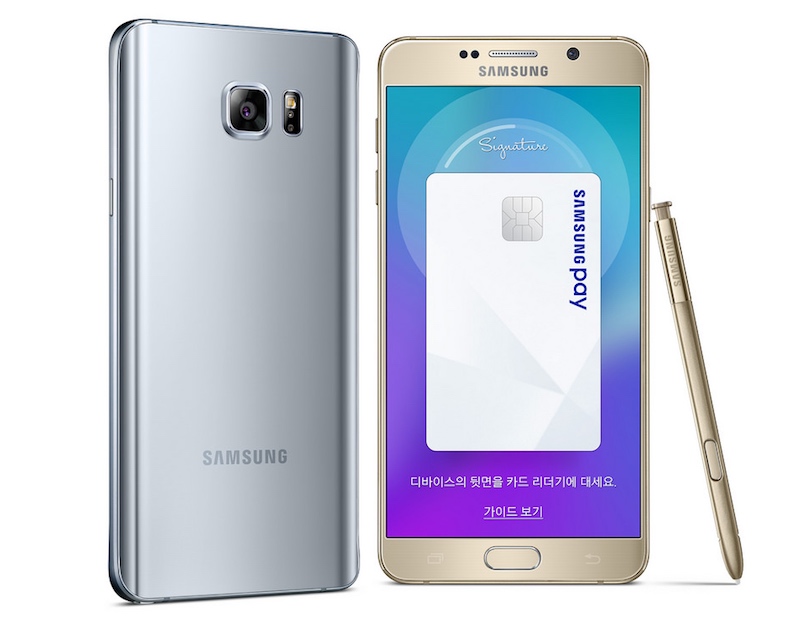 Samsung has launched the Galaxy Note 5 Winter Edition in its home nation South Korea. The highlight of the phablet is its 128GB internal storage, a capacity which isn't available with the Galaxy Note 5 which was launched in August - despite some confusion. The handset comes in Gold Platinum and Silver Titanium colour variants.

The Samsung Galaxy Note 5 was launched without a microSD card slot, and it also didn't come in a 128GB storage variant. While shortly after the launch, 128GB variants were briefly listed by the company on its official site, it soon after said the listings were incorrect. In the interim, the company has possibly realised that there are many who don't find 64GB storage enough for their data (without microSD storage expansion), and for them, it has released the Samsung Galaxy Note 5 Winter Edition.

Besides increased built-in storage the phablet isn't different from the Galaxy Note 5 that was launched earlier this year. The Samsung Galaxy Note 5 Winter Edition sports a 5.7-inch QHD (2560 x 1440) Super Amoled display. It is powered by company's own Exynos 7420 octa-core SoC, Mali-T760 MP8 GPU, 4GB of RAM, and 128GB of inbuilt storage. Do note, there is still no microSD card slot.

The Samsung Galaxy Note 5 Winter Special Edition is priced at KRW 999,900 (roughly Rs. 56,000) and is being sold through SKT and KT mobile carriers. The company is also offering a range of deals with other smartphones in South Korea. Users purchasing a Galaxy S6 Edge "and" Galaxy S6 Edge+ a free Gear VR. There's no word on the Samsung Galaxy Note 5 Winter Edition's international availability.

Qihoo 360 to Be Taken Private in $9.3 Billion Deal
Microsoft to Tailor Windows 10 for the Chinese Government