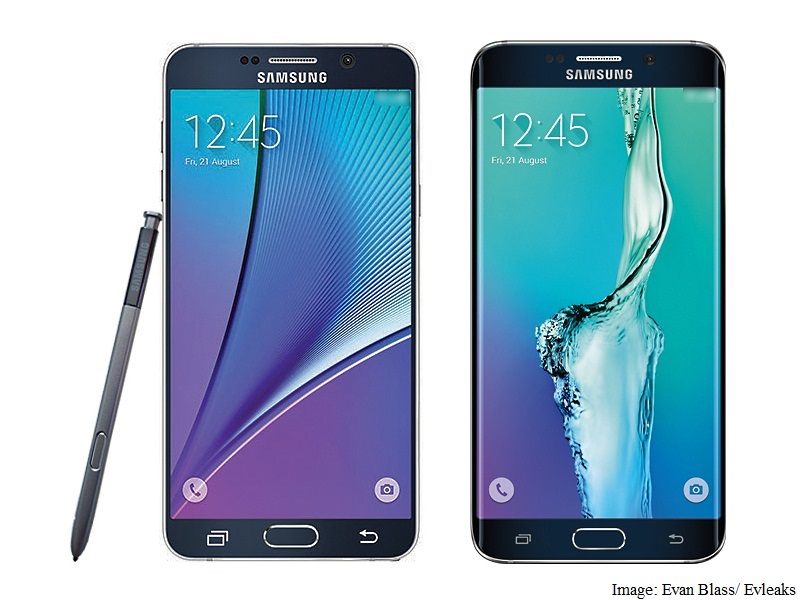 This time it comes from usually spot-on tipster Evan Blass, popularly known as @evleaks, who in a tweet has listed some of the specifications of the Samsung Galaxy Note 5.

According to Blass, the upcoming phablet is codenamed Samsung Noble and comes with model number SM-N920, which goes in line with an earlier leak suggesting similar model numbers of the variants of the Galaxy Note 5 for different markets.

Under the hood, the Galaxy Note 5 is said to feature an octa-core Exynos 7420 processor (quad-core 2.1GHz, quad-core 1.5GHz) coupled with 4GB of RAM. The handset is said to feature 32GB of built-in storage and will not support external storage support. Much like previous leaks, Blass also claimed that Android 5.1.1 Lollipop-based Galaxy Note 5 will sport a 16-megapixel rear camera alongside 5-megapixel front camera.

Alongside, Blass released an image of the Galaxy Note 5 and Galaxy S6 Edge Plus. Not much can be derived from the image, beyond the two smartphones being similar in size, and the presence of the S Pen.

Some of the previously leaked details of the Galaxy Note 5 tip that the smartphone would sport an eject-able S Pen that could be popped out from the body manually much like previous versions. The handset is said to feature a USB 3.1 Type-C port.

Last week, the camera module on the Samsung Galaxy S6 Edge Plus was spotted on an Indian import/ export manifest site. Additionally, pricing of the upcoming smartphone was also tipped. The Indian import/ export site, Zauba, listed the 16-megapixel camera module of the Samsung model SM-G928V, believed to be the Verizon bound Galaxy S6 Edge Plus model, as shipped on July 24.

We will have to wait till Samsung's Galaxy Unpacked 2015 event on August 13 to see what the South Korean giant has up its sleeves.