Samsung's upcoming Galaxy Note 5 phablet, rumoured lately to launch in mid-August alongside the Galaxy S6 Edge+ aka Galaxy Edge Plus, has been spotted in images showing a prototype handset. Additionally, Galaxy Note's stylus called S Pen has been pictured in live images.

The prototype of the Samsung Galaxy Note 5 has been reportedly encased in a shell to hide the design. The leaked image shows a square-shaped Galaxy Note 5 with physical home bottom below the display. Samsung Mania (via GSM Arena) claims that the prototype is codenamed "mule" and is undergoing network testing.

In a separate leak, Samsung Galaxy Note 5's S Pen stylus has been spotted in a live image showing the design of the accessory. The S Pen purportedly spotted (via Android Guys) is Gold in colour and features a button. No details accompanied the live images. 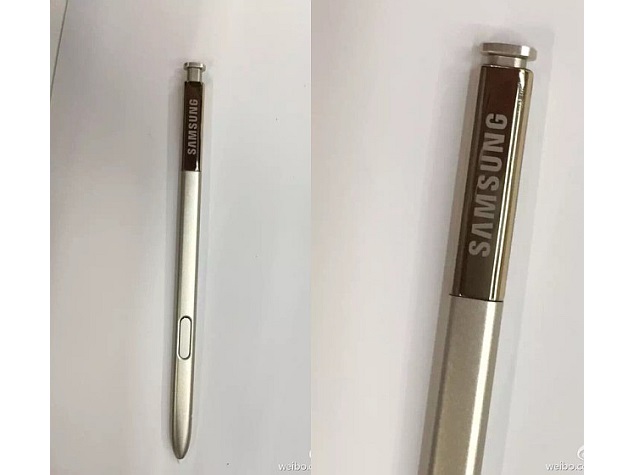 Recent reports have suggested that Samsung would launch the Galaxy Note 5 on August 12 at an event in New York and kick off sales of the smartphone in major markets on August 14. The report was in line with a previous report that claimed Samsung would bring forward the launch of its Galaxy Note 5 ahead of Apple's next iPhones, expected to launch in September.