Samsung is holding the Galaxy Unpacked 2015 event in New York where it is expected to unveil the Samsung Galaxy Note 5 and Galaxy S6 Edge+. With disappointing sales of the two flagships released earlier this year - the Samsung Galaxy S6 and the Galaxy 6 Edge - the new smartphones will be crucial to Samsung's fortunes for the rest of the year.

A number of leaked images of the Samsung Galaxy Note 5 have previously tipped the design of the yet-to-be-announced handset. The leaked images showed a square-shaped Galaxy Note 5 with physical home bottom below the display. Some of the leaked live images of the Galaxy S6 Edge Plus start screen have suggested the name of the handset as Galaxy S6 Edge+, tipping that this might be the official moniker. Last week, Samsung Netherlands website listed the handset's name in a contest as "Samsung S6 Edge Plus" for registrations.

Based on the teaser image, a third device - a tablet - may also make an appearance.

Of course all these are just leaks, but there isn't long before we find out. 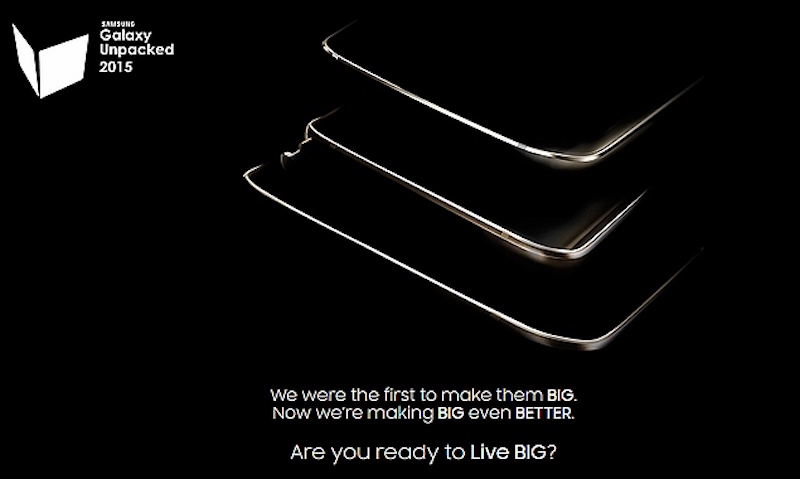