Samsung's Galaxy Note 5 and Galaxy S6 Edge Plus (aka Edge+) smartphone, believed to launch in mid-August, have been in the news for months now, with leaked innards hitting the Internet on a regular basis, along with other speculated details.

Now, new leaked live images (via MobileFun) purportedly showing the alleged Samsung Galaxy Note 5 and Galaxy S6 Edge Plus have surfaced on the Internet. It's worth noting that while these are some of the first live images of both the handsets to have been leaked, we cannot confirm the credibility of the images.

The leaked live images show the Galaxy S6 Edge Plus start screen with the name of the handset dubbed as Galaxy S6 Edge+, tipping that this might be the official moniker. Other images of the smartphone show the front panel sporting a dual-edge display, already seen on the Samsung Galaxy S6 Edge. In one of the images, the model number of the handset is listed as Samsung SM-G928A with Android version Android 5.1.1 Lollipop. An earlier report tipped that the Samsung SM-G928A would be the model number of the Galaxy Note 5 hitting AT&T. 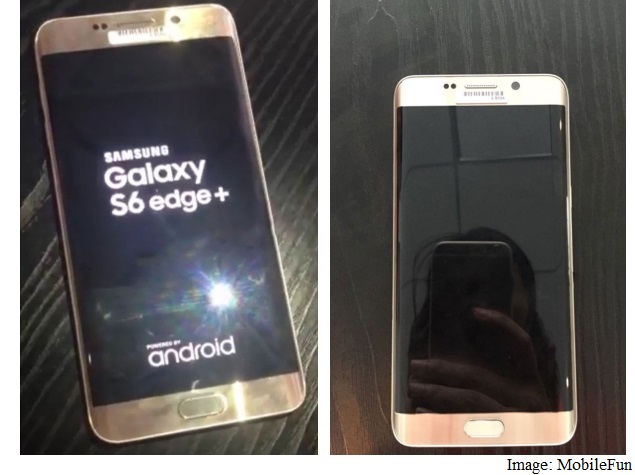 In another leak, the Galaxy Note 5 has been tipped to feature an eject-able S Pen alongside having a sealed battery. The news comes via Korean media which claim that the S Pen can be popped out from the body much like previous versions. Another morsel of information that comes from Korea (via PhoneArena) claims that the embedded battery pack will be sealed by a chassis made of glass on the front and back. The handset is said to feature metal rims surrounding the phablet.

Recently, both the Galaxy Note 5 phablet and Galaxy S6 Edge Plus were reported to have passed through certification authorities in different markets. The Samsung Galaxy Note 5 models SM-N920V (Verizon) and SM-N920A (AT&T) alongside Samsung Galaxy S6 Edge Plus models SM-G928V (Verizon) and SM-G928A (AT&T) were reportedly seen in FCC listings. No details accompanied the listings.