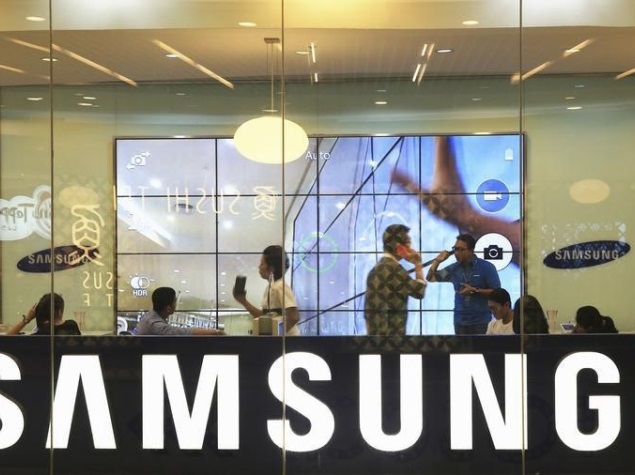 While we are expecting Samsung to launch the rumoured premium variant of the Galaxy S5 at IFA in September, a new report has surfaced online detailing the specifications of the next generation Note phablet flagship, expected to be called the Galaxy Note 4, which could also join the Galaxy F (aka Galaxy S5 Prime) at its unveiling.

According to a report by Sammobile, the Galaxy Note 4 will come with model number N910, and in two variants. One of the devices, which will be offered to Chinese, Korean, Japanese and North American markets will feature a Snapdragon 805 SoC, while all other regions including Europe will receive a variant with an Exynos SoC.

The report further claims that the modem on the Exynos version will be Intel's XMM7260 Cat. 6 modem, but it didn't confirm the same for the Snapdragon version of alleged Galaxy Note 4. The other claimed specifications include a QHD (1440x2560) AMOLED display of an unknown size with added UV sensor. As for its cameras, the alleged Galaxy Note 4 will reportedly pack a 16-megapixel rear camera with a Sony-made (IMX240) sensor with optical image stabilization (OIS). The front camera remains the same 2-megapixel shooter as on the Samsung Galaxy S5 (Review | Pictures).

Also mentioned in the report, is the rumoured prime variant Samsung Galaxy F aka Galaxy S5 Prime - said to be codenamed 'kcat6' and feature the Exynos 5433 SoC and Intel XMM7260 modem. Previous reports had indicated similar specifications for the Galaxy F.

It also details a smartphone under the 'Lentis project', the SM-G906 (codename lentislte), which supposedly features a Snapdragon 805 chipset with full-HD display, and is meant only for Korea - with variants for the big three Korean carriers; SKT, LGU, and KTT. The device is also suggested to include same camera sensor as expected in the alleged Galaxy Note 4.

At present we don't know details of the alleged Lentis project, but we can only speculate that this could be one of the different codes Samsung has kept for Galaxy F aka Galaxy S5 Prime in Korea.
Comments