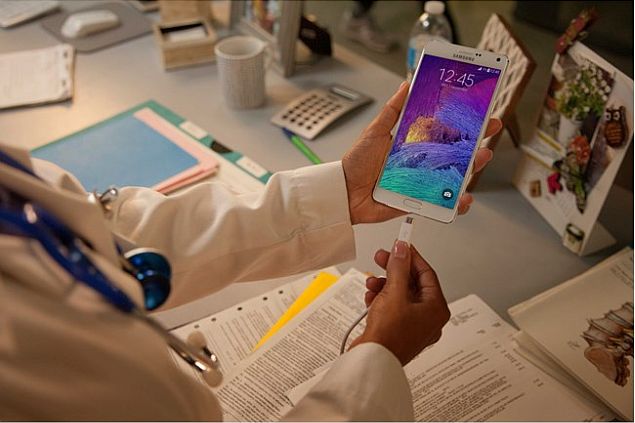 Samsung has started rolling out the Android 5.0.1 Lollipop update for the Samsung Galaxy Note 4 in India.

The Android Lollipop update for the latest Galaxy Note phablet is being pushed out over-the-air (OTA) and a notification should pop up when the update becomes available. Users can also manually check for the update by going to Settings > About phone > Software update on the Galaxy Note 4. The update is about 1030MB in size. 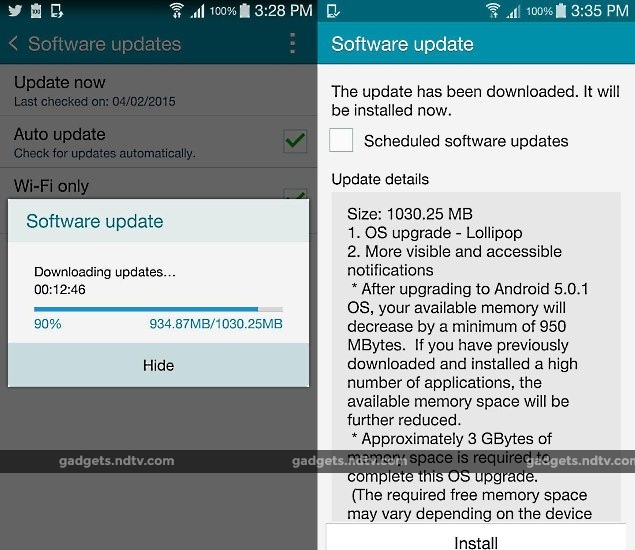 Samsung initially started pushing out the Android 5.0.1 Lollipop update in February to the Galaxy Note 4 phablet in Europe, starting with Poland. The version number of Android 5.0 Lollipop for Samsung Galaxy Note 4 was reported to be N910SKSU1BOB4.

As yet, there is no official changelog for the update, but users in India are reporting that changes include expandable lock screen notifications from stock Lollipop, refreshed Samsung apps with Material Design, and more.

Recently, Android 5.0 Lollipop update was reported to be rolling out over-the-air (OTA) to users of the Samsung Galaxy S5 in India. Samsung's Finland and Denmark support pages have in the past suggested that the Android Lollipop update will be coming to the Galaxy Alpha, Galaxy S5 mini, and Galaxy Note II.

To recall, Samsung launched the Galaxy Note 4 in India in October last year at an MRP of Rs. 61,500. It ran Android 4.4 KitKat out-of-the-box.