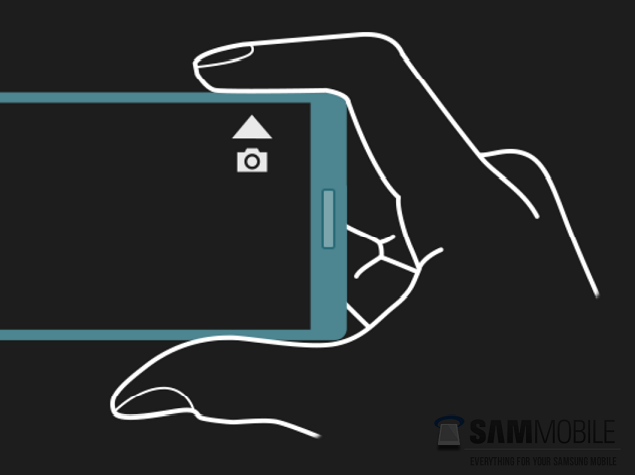 As Samsung's September 3 pre-IFA 2014 event nears, a plethora of rumours about the anticipated Galaxy Note 4 have been making rounds on the Internet. Adding to the list of ongoing leaks, a new report detailing the camera features has surfaced online.

According to the report by Sammobile, the Samsung Galaxy Note 4 will house a 16-megapixel Sony IMX240 rear camera featuring optical image stabilisation (OIS). The camera is said to be able shoot videos at UHD (2160x3840 pixel) resolution and 30fps.

The Galaxy Note 4 is also tipped to include a Side Touch feature. Side Touch is a sensor placed on the bottom right side of the device, usually where the physical camera buttons are placed in most of the handsets. Sammobile explains that the using the Side Touch sensors, users could simply tap on the side of the device to take a picture.

Previously the Side Touch technology was expected to arrive in the Galaxy S5, but never did. Few limitations mentioned for the Side Touch sensor are that users would not be able to use the technology in Portrait Mode, Easy Mode, and while recording video.

The report also claims Samsung has added a gesture-based shortcut to the Galaxy Note 4 that will give easy access to camera even when the display is switched off. The gesture command is reportedly tapping the screen with two fingers and swiping them apart.

The Samsung Galaxy Note 4 is also said to feature 4 new camera modes, of which 3 are said to be solely for selfies. The camera modes are Wide Selfie, Selfie, Selfie Alarm and Create A GIF File. Rest of the features will be borrowed from the Galaxy S5 (Review | Pictures) smartphone including HDR Live, Selective Focus, Fast Auto-focus, and others. A number of camera effects will also be included in the handset, from sepia to Vincent.

The report adds the interface of the camera app will be identical to that seen on the Galaxy S5. Samsung is yet to give its official statement on the aforementioned camera details. However, following the track record of Sammobile, these rumoured details can be given some credence.

Last week, the Samsung Galaxy Note 4 handset along with its specifications leaked online via an online retail partner. According to the listing, the Galaxy Note 4 comes with a 5.7-inch QHD (1440x2560 pixels) Super AMOLED display offering a pixel density of 515ppi, which matches previous reports.