Samsung has been famous for launching smartphones in a number of colour options. Continuing its tradition, the South Korean manufacturer has now announced Samsung Galaxy Note 3 phablet with new paint jobs that include the Rose Gold White, Rose Gold Black and Merlot Red colour variants.

The company also announced that the Galaxy Note 3 Rose Gold White edition will be available starting from December in China while other colour options would follow as per each market's preference. Unfortunately, the company has not revealed the exact rollout plans for the new colour variants of the phablet in other countries. 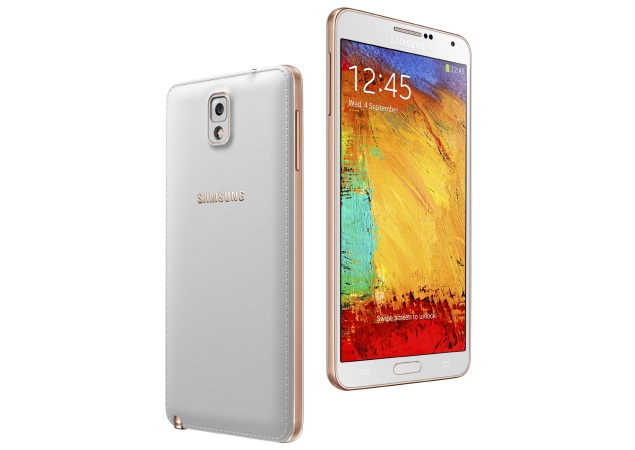 Commenting on the announcement, Younghee Lee, Executive Vice President of Global Marketing, IT & Mobile Division at Samsung Electronics said, "At Samsung Mobile, we understand that consumers view their mobile devices as an extension of their personal style, and Samsung is committed to delivering fresh ways for consumers to express themselves. By introducing these new editions of Galaxy Note 3, we want to provide our fashion-forward consumers with more ways to express their personality and tastes through our technology."

Samsung launched the Galaxy Note 3 phablet in India in two colour options initially Jet Black and Classic White, while a third Pink colour variant of Galaxy Note 3 was spotted at an online retailer in India, earlier on Monday. Unfortunately, there has been no word on the availability of the Pink colour model, with the page providing a 'Notify Me' option for consumers.

The South Korean major officially unveiled the Galaxy Note 3 phablet at the IFA 2013 in Berlin.

The Galaxy Note 3 runs Android 4.3 Jelly Bean with TouchWiz UI on top. It is powered by 1.9GHz octa-core processor and a 3GB of RAM. The phablet sports a 13-megapixel rear camera alongside 2-megapixel front camera. It is backed by a 3,200mAh battery. The Galaxy Note 3 will be available in 32GB variants, with an additional 64GB expandable storage via microSD card.