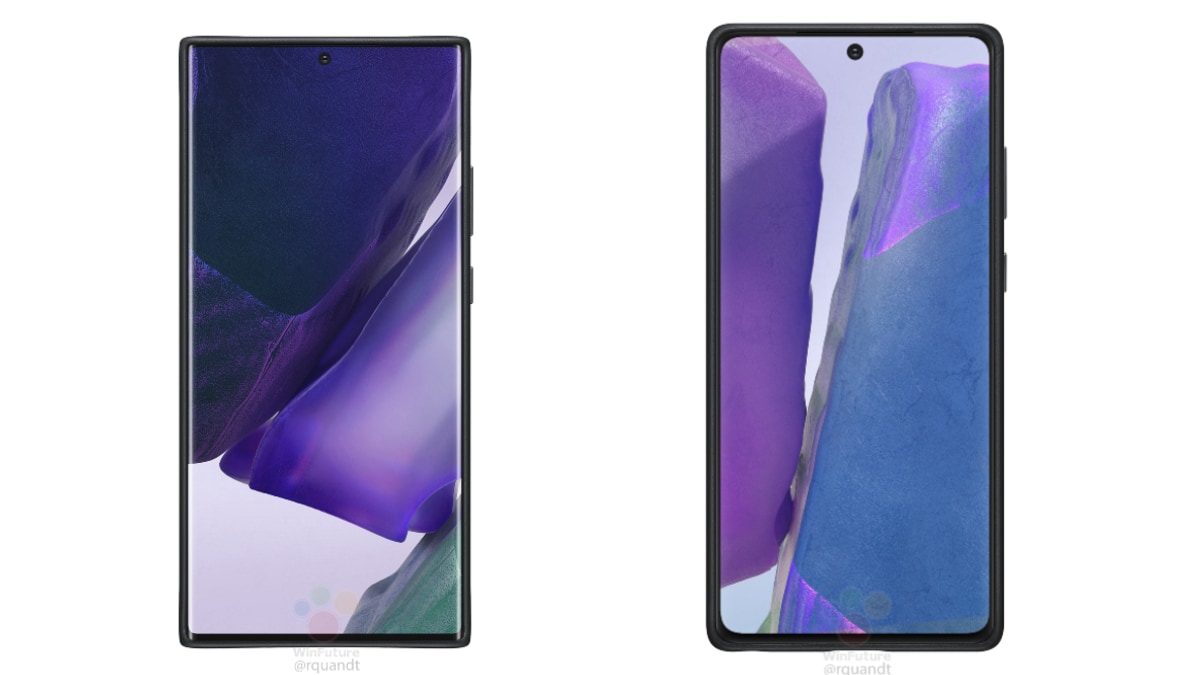 has a flat display while the premium Samsung Galaxy Note 20 Ultra is seen to have a curved-edged display. The volume and power buttons are placed on the right side of the phones. The back panel bits are not seen in these renders. The bottom edge is seen to house the microphone, speaker grille, and the USB Type-C port.

Furthemore, a new Samsung Galaxy Note 20 Ultra variant with the model number Samsung SM-N986N has been spotted on Geekbench. This model number is designated for the South Korean market, and the benchmarking site suggests that the phone may have a Snapdragon processor. This seems to be similar to what Samsung did with the Galaxy S20 series, wherein it launched the devices with the Snapdragon 865 SoC in the South Korean market, whereas the other markets received the Exynos 990 SoC.

A separate report recently suggested that the Exynos 990 SoC that will be integrated inside the Galaxy Note 20 series will be optimised to have better performance. The latest Geekbench listing suggests that the Samsung Galaxy Note 20 Ultra may pack 10GB RAM and run on Android 10. The Snapdragon SoC is listed with the codename kona that is largely associated with Qualcomm's Snapdragon 865 series.