The case schematic design falls in line with the upcoming design of the Galaxy S20 series. 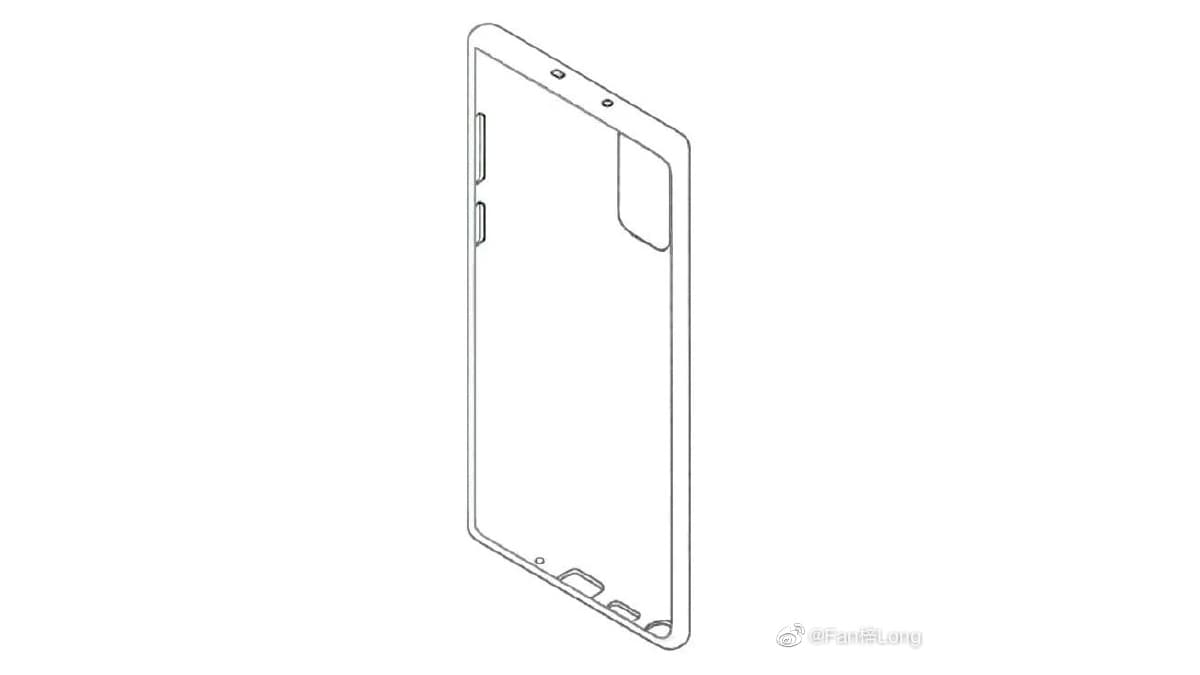 The image shows a huge rectangular camera module design, similar to the Galaxy A51 and Galaxy A71

A leak has surfaced on the Chinese microblogging website Weibo, of what is believed to be early case schematics of the Samsung Galaxy Note 20. Yes, we are talking about the Galaxy Note 20, that too at a time when the South Korean tech giant is gearing up to launch its Galaxy S20 series next month. Before delving into details, it should be noted that this design seems to be a very early stage prototype, and you never know if we'll get to see this design in the final product or not. We can expect the Samsung Galaxy Note 20 to be launched in August, if last year's Galaxy Note 10 launch is an indication .

According to the post shared on Weibo, the very first thing that we notice is the similar design language the Samsung Galaxy Note 20 would have with the Samsung Galaxy S20 phones, of course if in case this leaked design does indeed come into fruition. As can be seen in the case schematics, the Galaxy Note 20 will have a rectangular camera module on the rear, resembling the camera module design that's been leaked on multiple occasions for the upcoming Galaxy S20 phones, and also what we have already seen on the recently launched Galaxy A-series phones, the Galaxy A51 and Galaxy A71.

Further examining the leaked schematics of the Samsung Galaxy Note 20, it's seen that the right side of the frame will be empty, while the left side of the frame will house the volume buttons along with the power button. At the bottom, there's a microphone, a USB Type-C port, a speaker, and a slot for the S Pen. And finally, at the top, there are two holes out of which one of them could likely be a secondary microphone.

Now before making conclusions, we would just say the leaked case schematics show a Galaxy Note 20 design that is in line with the upcoming Galaxy S20 series, so there could be a chance that this might indeed be the final thing. With that said, the Galaxy Note 20 is still months away from its official release, so there's still a possibility for a lot of changes to be made in this time frame.