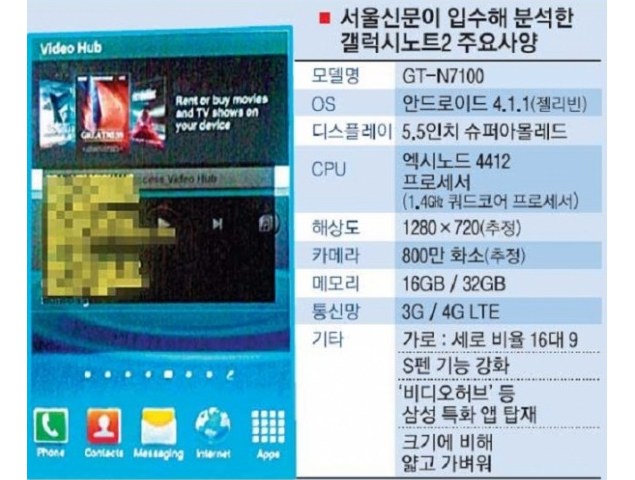 Samsung is going to launch the Galaxy Note successor at a press event in Berlin, Germany tomorrow, but that hasn't stopped the leaks from pouring in. The latest one is reportedly carrying the final set of specifications of Samsung Galaxy Note 2.

According to a report in a Korean website, Samsung Galaxy Note 2 GT-N7100 will feature a 5.5-inch display with 1280x720p resolution, 3G/4G connectivity (depends on the market), 1.4GHz quad-core Exynos 4412 processor. The most interesting bit of news coming out of this particular leak is the presence of Android 4.1 on Samsung Galaxy Note 2. Overall the device might not seem a huge improvement from its predecessor, but Jelly Bean is certainly a welcome addition.

There is no way to confirm these specs right now, but we just have to wait for another 24 hours till Samsung officially takes the wraps off this device.

The original Samsung Galaxy Note was announced at last year's IFA trade fair and its sales have already crossed the 10 million mark.